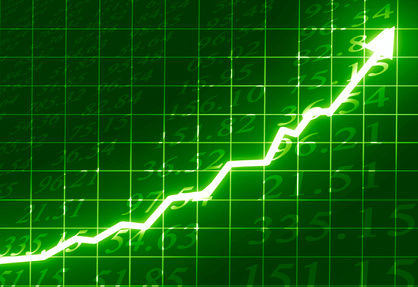 Americans are finally taking note of what’s in their food. Several Non-GMO companies have seen their stock prices soar over the past year as more and more individuals are committing themselves to a GMO-free lifestyle.

With the growing increase in allergies, illnesses and other chronic conditions, people are starting to think that maybe all of the glorified genetically engineered food isn’t all it’s cracked up to be.

This trend comes much to the dismay of major manufacturers who have spent millions to squash the bill that would require GMO labeling. Yet if other countries require labeling and even ban certain GMO foods, why is America, a country struggling with an obesity and health crisis, behind the trend?

This is exactly the question many Americans are asking and are refusing to be fooled any longer by GMO companies promoting the “safety” of their products. Couple the numerous studies that come to light each day warning of the dangers of GMO foods with the current healthcare crisis and people are more than ever taking an active interest in their health. And they’re starting with their diet.

Perhaps one of the main instigators of the public’s new-found GMO-awareness came from the Whole Foods Market Company who declared all genetically engineered products would be labeled as such in their stores by 2018. Since then, many growers quickly began researching how to achieve the coveted label of “GMO-Free.”

The Non-GMO Project, which is the “standard” by which Whole Foods Market categorizes a product non-GMO, was established in 2003 in response to letters from grocery-store patrons inquiring about GMO soy lecithin. Over the past decade, the Non-GMO Project has grown dramatically and is today the gold standard for verifying GMO-free products.

In a New York Times article, Megan Westgate, co-founder and executive director of the Non-GMO Project notes that the organization has seen a tremendous jump in the number of inquiries they receive from companies wanting to become non-GMO verified.

“We have seen an exponential increase in the number of enrollments,” she said, noting a 300 percent increase in the past year. And sales of Non-GMO Project verified products grew 66 percent from 2011 to 2012 and now accounts for $3.5 billion in sales.

The demand for more GMO-free products has forced many companies to remove all of the genetically modified ingredients from their recipes, which is no small task. An overwhelming amount of corn, soy, sugar and canola oil in this country is genetically modified so in many cases manufacturers have had to go overseas for non-GMO varieties.

And several smaller companies can’t afford the high prices of non-GMO crops grown domestically. But while many growers are striving toward GMO-free crops, it will take time before soil that’s been growing GMO plants can safely house a non-GMO variety without risking contamination.

The good news is that companies are striving toward eliminating GMO ingredients from their products. While there will be a transition period before many foods can claim a Non-GMO Project verification, rest assured that more and more of your favorites will soon be GMO-free.

For a list of Non-GMO Project verified products visit www.nongmoproject.org.