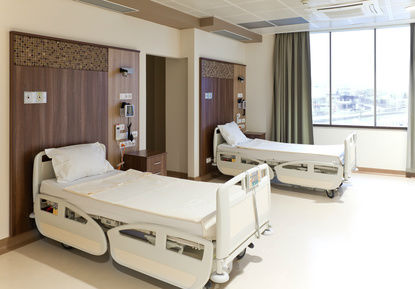 It is a well-known fact that obesity is seriously hazardous to one’s health. The increased risk of type 2 diabetes, cardiovascular disease and stroke that obese individuals face has been heavily researched, and the number of obese children and adults is still on the rise.

The American Sociological Association has compiled research that states that obesity may mean a longer hospital stay, likely for reasons of high blood pressure and accompanying diseases. Obesity has also been connected with a higher frequency of hospital visits and stays.

Dr. Ken Ferraro, a sociologist at Purdue University, says, “obese people, on average, stay at least one to one and a half days longer than a normal-weight individual… the longer the person is obese, the longer their stay in the hospital.”

While a day and a half may not seem like a huge amount more time in a hospital, it costs the U.S. significant financial resources, not to mention the emotional costs for the individuals themselves who are often struggling with chronic illnesses caused in large part by their obesity.

In a video interview, Dr. Ferraro stresses the importance of nipping obesity in the bud during childhood, because of the mounting health risks that accumulate the longer an individual is obese. He says that people who are obese from a very early age face the most amount of health difficulties – and hospital stays – in their adult lives.

According to 2013 statistics presented by the Centers for Disease Control (CDC), about 17 percent of our nation’s children are now obese, which is triple the obesity rate of the previous generation. With younger and younger children experiencing type 2 diabetes, high blood pressure, and heart problems, this is an issue that needs to be seriously addressed.

For those who still think that kids eating junk food and spending much of the day sedentary is not a huge deal, now is the time for awareness. Unless we want many of our nation’s children and adults spending significant time in hospital rooms, we all need to become serious about our health, and gear our lifestyles towards real food, and increased physical activity.