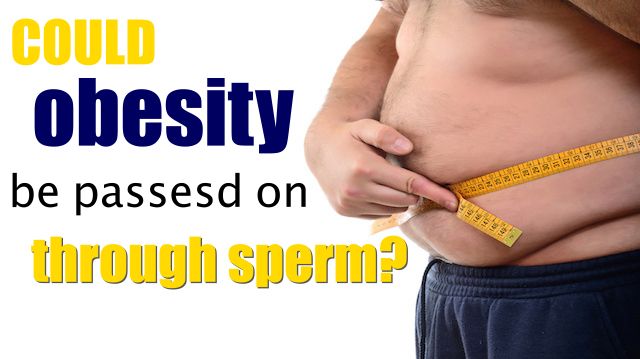 A recent study by researchers in Denmark, published online in Cell Metabolism, examined whether obesity can be passed on genetically through sperm. This may offer an insight into why children of obese men are more likely to suffer from obesity themselves.

The foundation behind this theory is associated with the epigenetic signature passed on through male sperm. The study suggests that obesity and other metabolic diseases may be more prevalent in children with obese fathers. It also theorizes that men can effect a positive change in the health of their future offspring by losing weight prior to conception. Researchers hypothesized that “weight loss remodels the epigenetic signature of spermatozoa in human obesity.”

The study involved 13 “lean” men with a body mass index (BMI) of 22.9, and 10 men who were considered “obese” with a BMI of 31.8. After collecting all the participants’ sperm, researchers examined the epigenetic signature of each sample. A different epigenetic signature was noted between the lean and obese participants, specifically, “at genetic locations implicated in the central control of appetite,” according to the study.

The data also found variations in RNAs and genes associated with brain development. However, there were no discernable differences noted in the DNA proteins. To solidify their data, researchers examined the effect of bariatric surgery in association with epigenetic signatures before and after surgery. The researchers found a significant change to sperm cell DNA after the surgery.

“In conclusion, we have identified altered epigenetic profiles in spermatozoa from men with moderate obesity and found that the sperm methylome is altered after GBP surgery in morbidly obese humans,” the authors of the study wrote. However, researchers are still unclear how these “gametic epigenetic changes” relate to the offspring of obese men. 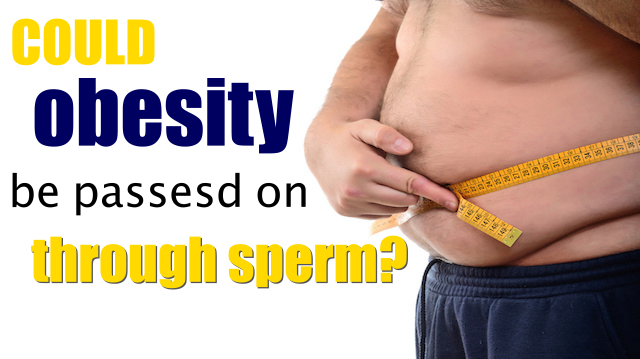 The obesity epidemic in America continues. One third of the population, 78.6 million Americans, are considered obese, according to the Centers for Disease Control and Prevention (CDC). The statistics for children are even more staggering. Seventeen percent of American children between the ages of two and 19 are considered obese, according to the CDC. That’s 12.7 million children and adolescents. Obesity increases your risk for heart disease, stroke, type 2 diabetes, and even some types of cancer.

However, there are always amazing alternatives to uncover! There are plenty of healthy choices that Americans can make on a daily basis to fight obesity. According to the recent research out of Denmark, when it comes to your epigenetic signature, significantly slimming down your waistline today can make waves that will have a positive impact on the next generation.

Here are a few obesity-fighting tips from Stanford Health Care that may be useful:

With 2016 fast approaching, what better time to start taking your weight management more seriously. Implementing a nutritious diet and finding a fitness routine you enjoy are two great ways to bring about healthy changes to your life, and the lives of your children.