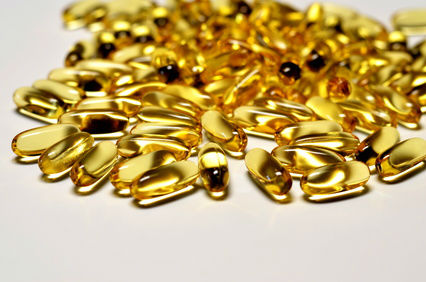 Researchers from Karolinska Institutet in Sweden have discovered an exciting and previously unknown benefit of omega-3 fatty acids. They recently published a new study that details how omega-3s may help individuals afflicted with Alzheimer’s disease.

Omega-3 fatty acids are essential polyunsaturated fats that are found in fatty fish such as salmon and herring, as well as flax seeds, among several other foods. They are responsible for many bodily functions, such as building cell membranes in our brains, as well as supporting proper blood clotting.

The Swedish research team began their study with the knowledge of past research that has found that Alzheimer’s patients have lowered brain concentrations of DHA (docosahexaenoic acid), a type of omega-3 fatty acid. The team set forth to analyze the effects of daily omega-3 supplements on those with mild forms of Alzheimer’s disease.

Of the 33 individuals enrolled in the study, 18 were given daily omega-3 supplements, and 15 were given a daily placebo. After six months, the DHA and EPA (eicosapentaenoic acid, another omega-3) levels of the participants were measured in their blood and cerebrospinal fluid (CNS).

The researchers also found that higher DHA levels in the participants were directly linked to improvements in their Alzheimer’s symptoms, as well as the inflammation markers in their cerebrospinal fluid.

Professor Jan Palmblad, the initiator of the study, says, “in animals, DHA dietary supplements can lead to an increase in DHA concentrations in the CNS. Here we show that the same applies to humans, which suggests that omega-3 fatty acids in dietary supplements cross the blood-brain barrier. However, much work remains to be done before we know how these fatty acids can be used in the treatment of Alzheimer’s disease to halt memory loss.”

According to Dr. Yvonne Freund-Levi, earlier studies have found that omega-3s can help in the prevention of Alzheimer’s disease. It is encouraging to see that they may also have effects for those who already have Alzheimer’s. Although the research is in its early stages, these findings point to hope for those living with this debilitating illness.

Aside from Alzheimer’s, omega-3 fatty acids have been associated with aiding in the prevention of heart disease, stroke and other inflammatory chronic conditions. According to researchers at Harvard University, they have also been linked to fighting cancer and autoimmune diseases.

This new study gives one more reason to include omega-3s in a healthy, whole diet. Prevention is key, and omega-3s may give your body a boost in warding off a number of serious ailments.