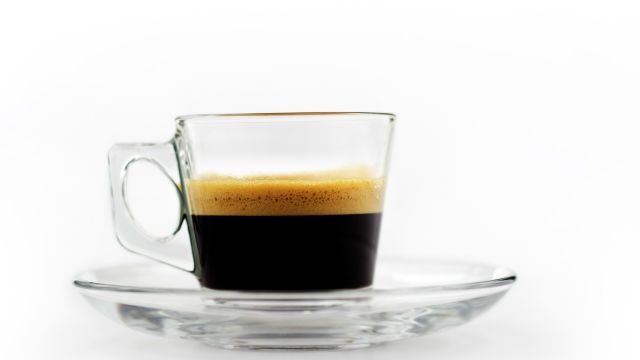 Many of us have a difficult time fathoming getting through the day without our morning coffee fix, but now we have one more reason among a long list of others to celebrate our love for java.

A recent study published in the American Journal of Medicine revealed that women who consumed higher amounts of caffeine were less likely to have tinnitus, which is a steady ringing or buzzing in the ear that can affect hearing.

The study involved 65,085 women ages 30 through 44, who did not have tinnitus at the study’s start back in 1991. They were followed for 18 years, with 5,289 cases of tinnitus reported during that time. Women who consumed less than 150 milligrams of caffeine, or the amount found in about 1 ½ cups of coffee, were 15 percent more likely to develop the condition than those who consumed 450 to 599 milligrams of caffeine per day. Most of the caffeine consumed was reported to have come from coffee.

Senior author of the study, Dr. Gary Curhan, a physician-researcher at Brigham and Women’s Hospital and a professor of medicine at Harvard Medical School in Boston, noted in a hospital news release that it’s not clear as to why a higher caffeine intake would reduce the risk of tinnitus, but that they know the substance stimulates the central nervous system, with previous research demonstrating caffeine’s direct effect on the inner ear. He also stated that more research would be needed to make any conclusions as to whether increasing caffeine consumption could improve symptoms in those who suffer from tinnitus.

Lessening the risk of developing tinnitus is, of course, not the only reason to drink coffee. There’s a reason people sometimes say they need to wait until the caffeine kicks in before getting involved in a challenging mental task. Caffeine is known to increase brain activity and the release of neurotransmitters like dopamine and norepinephrine. It has also been found to improve memory, mood and cognitive function.

Coffee consumption is even linked to a 23 to 67 percent lower risk of developing diabetes. Researchers claim that those who drink a few cups of coffee each day are less likely to develop the condition. Of course, if you’re eating donuts with that coffee, unfortunately, caffeine’s powerful benefits aren’t so potent that they can negate the ill effects of unhealthy treats.

As caffeine provides a stimulant effect on the central nervous system, drinking coffee is also known to raise metabolism and increase the oxidation of fatty acids, aiding one’s ability to lose weight or maintain an already ideal weight. In fact, caffeine is actually one of only very few natural compounds that have been scientifically proven to aid fat burning, with a number of studies revealing that it can boost metabolic rate by 3 to 11 percent.

Just a few of the other benefits coffee drinkers can enjoy include:

Tomorrow morning, as you smell the wonderful aroma of coffee brewing and take your first sip, you can smile knowing you’re not only enjoying one of life’s many pleasures, you’re enjoying something that’s good for your health, too.