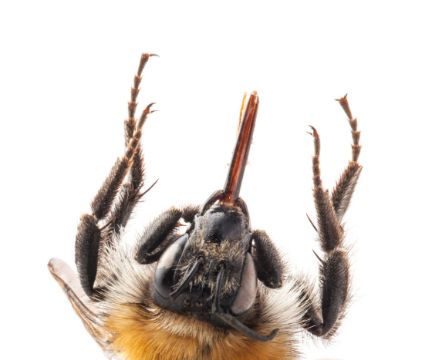 Signifying a first for North America, the Canadian province of Ontario has proposed a plan to drastically reduce the use of neonicotinoid pesticides. This class of pesticides has been strongly linked to the mass deaths of bees worldwide, known as Colony Collapse Disorder (CCD).

Specifically, Ontario wishes to reduce the amount of acres treated with neonicotinoids by 80 percent within a two-year period. Currently, all corn and canola in Canada is grown using neonicotinoids, along with most soybeans and many fruits, vegetables, flowers and sod. The new proposal addresses the use of these pesticides only on soybeans and corn.

To enact their proposal, the Ontario government plans to sell neonicotinoid-treated seeds only to farmers who have a proven pest problem. Even then, farmers will be required to attempt to manage their pests without the use of neonicotinoids first, and will be enrolled in pest management training.

Glen Murray, Ontario’s Minister of the Environment, stated, “there’s a growing preponderance of research showing [neonicotinoids] are quite dangerous and they stay in the environment for a long time. We’re not doing this on an emotional basis. We’re doing this on an evidence basis.”

A recent review of 800 different studies on neonicotinoids found linked these pesticides to the mass death of bees, as well as other pollinators and other insects. Bees are responsible for pollinating about one third of the food we are accustomed to eating, and other insects not only pollinate our food, they are also crucial for the stability of the entire food chain.

In just the last year, Canada lost about 25 percent of its bees. In the past three years, about 35 percent of the Canadian bee population has dwindled. In the US, bee colonies have declined by approximately 5 million since 1990. Due to worldwide concern about the role of neonicotinoids in these bee deaths, Europe enacted a two-year ban on three different neonicotinoids, and is currently in the middle of the ban.

Although Ontario’s proposed reduction in neonicotinoid use is the first of its kind in North America, some cities are taking matters into their own hands. As we recently reported, some cities in Washington and Oregon have banned neonicotinoids within their borders.

Ontario’s proposed ban is now in a period of public consultation, and is in line to be enacted on July 1. Health Canada is also in the process or re-evaluating its approval of three commonly-used neonicotinoid products.

Kudos to Ontario: may the rest of the continent take heed and follow.