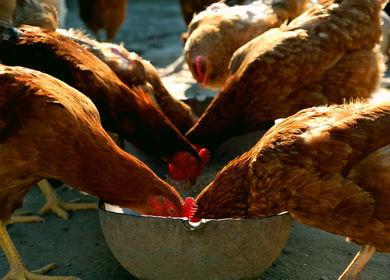 Consumers who purchase organic chicken eggs do so with the understanding that happy chickens have laid them. These chickens, of course, are treated humanely, fed a nutritious diet of organic food and given plenty of time in the fresh air and sunshine, right?

Well, according to recent reports not all organic chicken farmers are adhering to the rules, and the USDA appears to be too busy to investigate violation claims that something is not right.

In addition, the FDA now wants to make it next to impossible for organic farmers to raise free-range hens.

Hens raised in confinement suffer immeasurably. Many people who purchase organic eggs do so because of concern for animal welfare. The USDA National Organic Program is cage-free , and this means that these hens have a much better life than those kept in cages. Sadly, a 2010 Investigation by the Cornucopia Institute found that access to the outdoors was not being provided on many organic chicken farms.

Clearly eggs from chickens raised outdoors are more nutritious than eggs from caged birds raised on grain alone. Chickens are designed to peck at the ground for insects and require a variety of insects and access to fresh air to be as healthy as possible. In addition, penned up chickens suffer and are often seriously sick and undoubtedly unhappy.

The National Organic Standards Board, who sets the standards for organic chicken farming, has sent three formal recommendations to the USDA National Organic Program (NOP) since 2010 to make the organic standards clear and to reinforce that all birds must have access to the outdoors.

However, the USDA is not acting on any of these recommendations. In fact, the NOP has now announced that it has other, more urgent priorities, and it will not be addressing the enforcement of animal welfare for poultry in the near future. 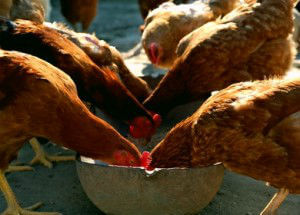 To make matters worse, the FDA has now proposed the imposition of a number of rather costly so called “food safety” measures on organic farmers who do let their hens go outside. The FDA claims that there is a chance that chickens will contract salmonella from wild birds – even though the evidence of this actually occurring is weak at best. The FDA is suggesting the use of noise cannons, temporary confinement, netting or even structures with roofs to keep birds contained and wild birds away.

While noise cannons would surely scare away wild birds, they would also scare laying hens. Many of the proposed confinement measures will ensure many chickens will never get outside.

Interestingly enough, the new recommendations will mean that farmers, currently violating the organic standards, will automatically be compliant (by restricting outdoor access).

Chickens need a safe, outdoor space so that they can act as chickens should act. Without this, the quality of our eggs will suffer right along with the chickens.