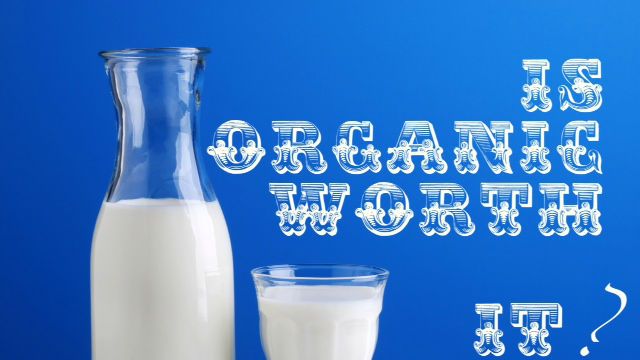 A diet that contains too many omega-6 fatty acids and not enough omega-3s has been linked to a number of serious health conditions, including cancer, heart disease, inflammation and autoimmune disease. This is believed to be because the gut converts omega-6s to arachidonic acid, which leads to inflammation.

As omega-3s offer potent anti-inflammatory powers, they help to counteract that reaction. The typical American diet contains a ratio of 10 to 1 omega-6 to omega -3s, but research suggests that a ratio of around 2.1 – 2.3 to 1 is best for optimal health.

The study found that organic milk has an omega-6 to omega-3 ratio of 2.28 to 1, which is considered nearly perfect in terms of an optimal diet – and much lower than the 5.77 ratio found in conventional milk. The WSU researchers tested nearly 400 samples of organic and conventional milk over 18 months.

Study author and research professor at the Center for Sustaining Agriculture and Natural Resources at Washington State University, Charles Benbrook, explained, “there’s really no debate around the world — when you feed dairy cows more grass, you improve the fatty acid profile of milk. You also increase the protein level.”

He adds, “on the other hand, cows fed a corn-based diet produce milk that’s higher in omega-6 fatty acids… It’s true that both omega 6s and omega 3s are essential – we have to have some of them. But it’s when they get out of balance, the adverse health effects appear to kick in.”

Organic milk is more expensive, but the value you get in return is well-worth paying a little extra. Not only do you get a healthier ratio of omega-6 and omega-3s, but you won’t be getting a host of potentially harmful substances.

In simple terms, here is a look at what the USDA requires in order for milk to be labeled organic: 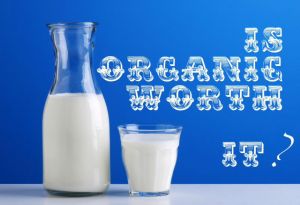 You’ll get the most benefits without harmful ingredients by choosing whole organic milk. Benbrook notes, “the omega-3 and omega-6 fatty acids are in the fat portion of the milk. Whole milk is about 3.4 percent butterfat, so if you drink 2 percent instead of whole, you’re giving up about half of that benefit.”

If you don’t consume dairy, there is still an important message to be taken from the study: cut back on foods with a high omega-6 to omega-3 ratio, such as fried foods, processed foods and fast foods.