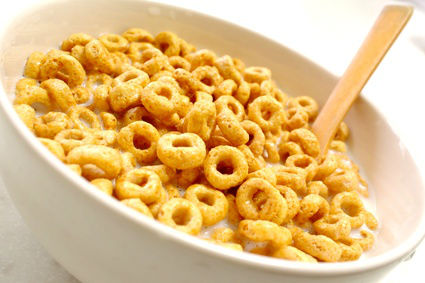 In an attempt to win favor with the growing number of anti-GMO shoppers in America, General Mills has announced that their original flavor of Cheerios is now made without the use of genetically modified ingredients.

However, the corporation still holds a pro-GMO stance, and admits that GMOs may still make their way into the cereal. They are also keeping their GMO-derived ingredients for all other flavors of Cheerios except the original.

General Mills recently wrote, “our corn starch comes from non-GMO corn, and we use only non-GMO pure cane sugar… original Cheerios cereal is not made with genetically modified ingredients. Though there may always be a chance of some small amount of material coming from some other source, such as in shipping or manufacturing, none of the ingredients in original Cheerios are genetically modified.”

On the Cheerios website in a section displaying questions and answers regarding Cheerios and GMOs, General Mills’ answer to the question, ‘are GMOs safe?’ is a plain and unwavering ‘yes.’ This corporation was also involved in the Grocery Manufacturers Association (GMA) donation of nearly 900,000 dollars towards the defeat of the Washington State GMO labeling initiative just a few months ago.

On their decision not to use GMOs in original Cheerios, General Mills company representatives wrote, “it’s not about safety. Biotech seeds, also known as genetically modified seeds, have been approved by global food safety agencies and widely used by farmers in global food crops for almost 20 years.”

GMOs aside, Cheerios contain added sugars, oats, corn and wheat which are more than likely grown with heavy pesticide and herbicide use (even if it’s not GMO) and synthetic vitamins and minerals, which the body cannot easily absorb. They are also heavily processed and contain additives. And the amount of evidence that grains are in fact not good for us continues to grow, so the corn and wheat are almost certainly not good for us.

The General Mills corporation has spent millions of advertising dollars in an effort to convince us that the yellow Cheerios box is the pinnacle of a healthy breakfast. Don’t let the marketing fool you – while it’s true that there may be much worse options out there, calling Cheerios a health food is misleading at best.