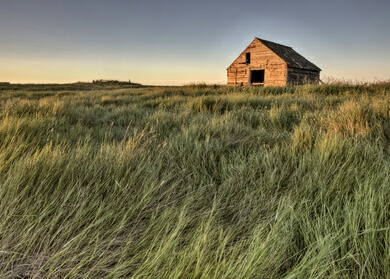 Gone are the days when small family farms dotted the countryside. When freshly grown produce, raw milk and grass-fed beef were the norm. When crops were rotated, companion planting was the first line of defense and the health of the soil a primary concern of farmers all over our country.

The landscape of today is vastly different than that of yesteryear. Massive fields of corn, soybeans and cotton monopolize farmland. Old run down farmhouses and barns topple on top of each other, beaten down by years of abandonment. Dinner is not from the hands of those that grew the food but rather from the storehouse of the great food conglomerates that rule our industrialized food system.

Small farmers have been pushed out, bought out and trampled on for the sake of money. Even Monsanto, the massive creator and overseer of genetically modified organisms, states that the industrial food system of America is no longer sustainable.

But what does it mean that our food system is unsustainable and what implications does this have for our environment, our health and the health of future generations?

We produce massive quantities of cheap food that does nothing to promote health in this country. Up until only recently, food problems in the world had much to do with quantity, not quality. Historians who look back at our time will be in awe of such a civilization whose people had access to such great quantities of food but were so incredibly unhealthy.

With obesity, heart disease, nutritional deficiencies, foodborne illness and diabetes rates skyrocketing, it is clear that food quantity has nothing to do with our current state of health, and is not part of the solution either. That would be like throwing oil on the fire.

Our food system is unsustainable; it can not last forever because the resources used to make it are not being nurtured and will eventually cease to provide. Today, for instance, in many parts of our far reaching country we have severely depleted topsoil, void of microorganisms and life.

Industrial agriculture is consuming the soil of all of its genetic diversity upon which it is so dependent. We have moved from a country that planted many crops to a country that plants only a few crops intended to become feed, mostly for animals being raised in our industrialized meat industry. This type of farming is driving both plant and animal varieties into extinction.

An unsustainable food system also means that we can not go on doing business as we have been. Over $80 billion was spent in agricultural subsidies in the last five years, water and air pollution is on the rise and the impact of this unsustainable system on human health is unprecedented.

Cheap food is not cheap after all.

Our unsustainable, industrial food system is based upon cheap fossil fuel. One-fifth of the fossil fuel that is consumed in this country goes to producing our food – more than goes to personal transportation. As the era of cheap energy and cheap food comes to a close, however, some are predicting a ‘Rome-like” fall.

The industrial food system depends on the ignorance of the consumers. Not too much information is given into the making of the products consumed. We don’t even really know all of the ingredients, because of sloppy label laws.

If you follow the industrial food chain backwards from the grocery store or fast food outlets back to the meatpacking plants and Confined Animal Feeding Operations and food laboratories, the food will become incredibly less appetizing.

Just a little peek into the industry would be enough to send most people back to the old ways of sustainable farming – but – many don’t look, and a lot of people don’t want to know where their food comes from.

The Option – A Sustainable Food System 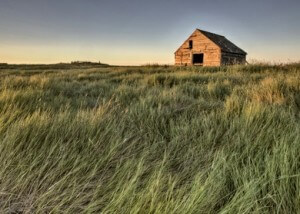 There is hope – an increasing number of Americans are changing now. They are not waiting around for the system to collapse. A desire to be healthier, treat the land with gentleness and save the earth’s precious environment for future generations is what drives people towards a more sustainable way of life

Farmers markets are expanding all over the country, as are Community Supported Agriculture programs, community gardens and backyard gardens. Brave and committed people are stepping forward to go backwards in time to a way of living that made use of all of the tools nature has given us to build a food system that is fresh, healthy and humane.

The time is now for everyone to think about where their food comes from, how it is made, what industrialized food production is costing this country and what legacy we will leave behind for generations to come.

It is time to make the right choice and to vote for those who are willing to step out and away from what is to a new place where something better will be.