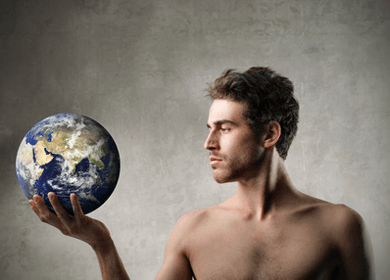 The health of our environment directly parallels our own health as a species. Our everyday practices, habits and choices – both positive and negative – affect the quality of our air, water and food, and therein largely determine the quality of our lives.
It is no secret that much of our air is polluted by carbon emissions, our ozone layer is depleting, our produce is ridden with pesticides, and industrial practices release hazardous chemicals into the earth. The consequences of these practices and poisons are reflected in the health of both the planet and its population, and the fates of the two are interwoven.

A sick Earth means sick Earthlings, and Mother Earth is showing more and more symptoms of a great disturbance. This disturbance is evidenced in recent observed effects of amplified global warming. A 2013 study funded by NASA and published in the journal Natural Climate Change used innovative ground and satellite data to examine the relationship between temperature changes and plant life productivity in the Northern hemisphere.

Results of the study revealed that temperatures and vegetation growth in Northern climates now closely resemble those normally found significantly further south. Professor Terry Chaplin of the University of Alaska, Fairbanks, one of the study’s co-authors, summarizes, “Arctic plant growth during the early 1980’s reference period equaled that of lands north of 64 degrees north. Today, just 30 years later, it equals that of lands above 57 degrees north — a reduction in vegetation seasonality of about seven degrees south in latitude.”

Furthermore, based on calculations by the Environmental Protection Agency (EPA), the average global temperature has increased by over 1.3 degrees Fahrenheit in the last century. In the Arctic, average temperatures have climbed nearly double this amount. The EPA singles out greenhouse gas emissions as the primary culprit responsible for these changes. They are also responsible for the rising sea level, the melting of glaciers, and changing precipitation patterns.

A wide array of activities release greenhouse gases into the atmosphere: landfills, fertilizers, forest clearing, burning fossil fuels and manufacturing numerous industrial products. Frighteningly, according to models used by scientists to predict future climate conditions, the average temperatures worldwide are thought to increase by between two and eleven degrees Fahrenheit by 2100. For plants, animals, and consequently, humans, even this seemingly small shift spells chaos.

Greenhouse gas emissions are not the only toxins being released by humans into the atmosphere, to the detriment of both. Research by the Department of Agriculture and the EPA found traces of pesticides in almost half of the 250 wells across 16 states tested. As far as the environment is concerned, pesticides disrupt natural wildlife patterns, and are thought to be responsible for the recent deaths of bee populations, disrupting the seasonal pollination cycle. In humans, pesticide exposure has been linked to Parkinson’s disease, stunted growth in children, ADHD, lower IQ, male hormone problems and cancer.

Another particularly destructive example of the pain we are causing our planet is hydraulic fracturing, also known as ‘fracking.’ This process includes drilling and spraying a water-chemical mixture into the ground at a high pressure to release and harvest natural gases. Approximately 40,000 gallons of chemical mixture is used per each fracking session. This slurry of poison includes but is not limited to: methanol, lead, mercury, uranium and formaldehyde. Through frequent use of this technique, the Earth suffers as chemicals are released deep into the soil, and humans in turn suffer from the carcinogens and other poisons that pop up in our food and water supply.

With the poor state of health present in our planet and population, it has never been more crucial for us as citizens of the world to switch to an organic, chemical-free lifestyle, and to begin respecting nature. Referencing the greenhouse gas effect, Dr. Scott Goetz of Woods Hold Research Center summarizes, “think of migration of birds to the Arctic in the summer and hibernation of bears in the winter: Any significant alterations to temperature and vegetation seasonality are likely to impact life not only in the north but 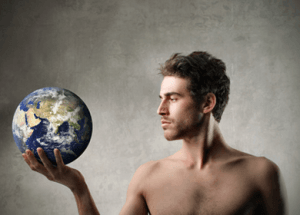 elsewhere in ways that we do not yet know.” We need to end the pattern of making ourselves and our Earth increasingly sicker with our invasive and toxic day-to-day practices. Every individual can contribute: a small-scale change can be very important in the long run.

If we continue poisoning our planet through toxic processes that are entirely within our control to cease, we should not be surprised if our planet becomes less than hospitable sooner than we imagined.