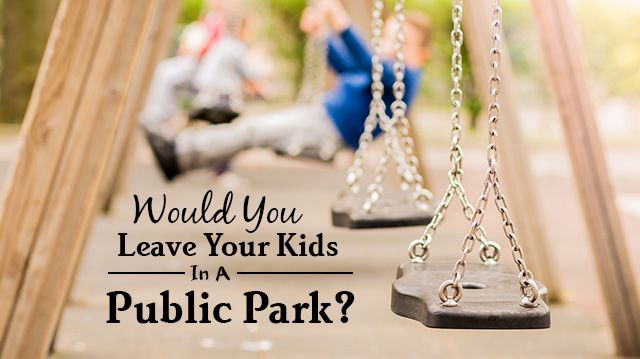 The headlines are continuing to pop up: “Mom arrested for letting kids play at the park,” “Parents could go to jail for letting child walk home alone,” “Mother arrested after children play unsupervised.”

An Illinois mother, Natasha, who allowed her three children, ages 11, 9, and 5, to play with a 9-year-old cousin in a park adjacent to her home. Placing her oldest in charge of the others, Natasha checked on the children every 10 minutes; the park could be seen from her apartment window. When a preschool teacher arrived at the park, however, she assumed the children were unsupervised and placed a call to child protective services. After receiving a child neglect citation, Natasha was forbidden from volunteering at her children’s school and lost her job. After years of battling the citation, the case was dropped.

Winning her case was a small victory in a sea of other parents facing similar troubles. And it is spreading beyond the United States. Less than a month ago, a Canadian mother found child services at her home after they received a tip that her children were unsupervised. Actually, the mother was home and her children were playing in their own, fenced-in yard. Nevertheless, child services investigated the conditions of her household and, since there was a complaint, a file was created.

Such cases would make any parent nervous. The Family Defense Center, a nonprofit advocacy group, says since 2007 it has represented 21 clients in hearings “to expunge indicated findings of inadequate supervision.” Disproportionately, the center finds, these cases involve minorities, immigrants and single mothers.

Are there cases of parents leaving their children in public places inappropriately? Of course. A recent one involved a mother leaving her infant in a 100-degree car for a half-hour while she auditioned at a local strip club. A hot car interior is just flat-out dangerous. I think we can agree, though, that there is a difference between such an extreme case and parents who are merely trying to raise independent children.

In her recent book Balanced and Barefoot: How Unrestricted Outdoor Play Makes for Strong, Confident, and Capable Children, pediatric occupational therapist Angela J. Hanscom makes the case for giving children their own space. By doing so, she states, “children learn to take risks, overcome fears, make new friends, regulate emotions, and create imaginary worlds.” Citing the alarming increase of children who cannot play without structure and who have difficulty focusing, Hanscom backs her claims with solid evidence rooted in scientific studies. It’s interesting that this arms-length philosophy, one which used to be just the norm among parents, has shifted to being classified as “free-range” child-rearing.

Sen. Mike Lee (R-Utah), a free-range advocate, recently sponsored the Free-Range Kids amendment to the Every Student Succeeds Act, which states that we can no longer “prohibit a child from traveling to and from school on foot or by car, bus, or bike when . . . the parents have given permission.” A step toward combating this madness? In some ways, yes. But the fact that it has to be legislated represents our increasing inability to mind our own business as well as a shift away from common sense governing the more private aspects of life, such as parenting.

We have to find a middle ground. While children do need some level of structure and supervision, the cultural conversation around “helicopter parenting” makes the case that sheltering children from reality doesn’t do them any good. As someone who works with K-12 students as well as college students, I can certainly attest to this. Parents who try to fix all of their children’s problems throughout their formative years can get to the point where they are, quite literally, calling their child’s professor in college because of a grade the parents find unfair. Don’t laugh. It has happened to me. Kids should be allowed to fail. It’s where learning happens best.

In a lot of ways, the Canadian mother cited above seems to have it right. For young children, wise parenting occurs when the children think they are unsupervised and free; in the backyard, they have the freedom to play autonomously without anybody hovering with mom’s periodic watchful eye to ensure safety. When they are ready and mature, kids should also be allowed to exercise their independence and enjoy a nearby park. As a recent Slate article points out, the school day does not align with the work day and child care is not a financial possibility for some parents. We need to allow parents to do what is best for their families.

Could this mean different levels of supervision for different areas in the country, depending on crime levels? Sure. Are there parents who do endanger their children? Yes, and this is when intervention is necessary. But creeping toward the point where we have a widespread, general distrust of parents’ ability to parent their own children is a slippery slope, and one we must avoid.

This article was updated to state that Senator Lee sponsored the Free-Range Kids amendment to the Every Student Succeeds Act. He did not sponsor the full bill.