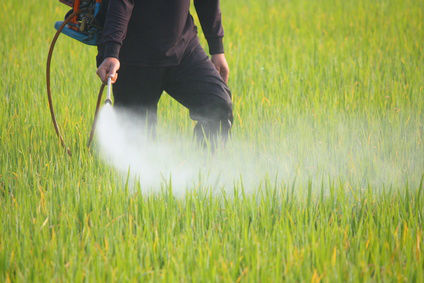 Research is finding more and more evidence of the dangers of chemicals that linger in our ecosystem, even long after they are banned from use. The latest such study, performed by Rutgers University researchers and released just this past January, explores a link between DDT, a pesticide banned since 1972, and Alzheimer’s disease.

DDT (dichloro-diphenyl-trichloroethane) was developed in the 1940s as the nation’s first “modern synthetic insecticide,” according to the Environmental Protection Agency (EPA). Its popularity grew as it was found to be effective against malaria, typhus and similar illnesses carried by insects, and it subsequently became widely used in agriculture for the next thirty years.

In 1972, the use of DDT was banned in the US, after numerous toxic effects on human and environmental health were discovered. The EPA reports that in animal studies, some animals developed liver tumors after DDT exposure. This compound is still used in some countries where malaria and other insect-borne illnesses continue to be an issue, and may be present in some imported foods.

In the US, even though it has been banned, DDT is “very persistent” in the environment, and accumulates both in human tissue and in the atmosphere. Though it has not been used here since 1972, it is far from dispersed. In fact, the US Centers for Disease Control and Prevention (CDC) find byproducts of the pesticide in about 75 to 80 percent of the blood samples that it monitors, to this day.

For their study, Rutgers researchers (along with colleagues from Emory University and the University of Texas Southwestern Medical Center) compared the levels of DDE (a byproduct of DDT) in the blood of healthy patients, and the blood of patients with late-onset Alzheimer’s disease. They found that the group with Alzheimer’s disease had nearly four times the DDE in their blood than the amount found in the group of healthy patients.

Jason Richardson, one of the study’s authors, stated, “Alzheimer’s is a complex disease and there isn’t one single factor driving it.” While the researchers explain that cause and effect between DDT and Alzheimer’s disease is not proven by this study, it certainly suggests that exposure might have a hand in the development of the disease.

Sadly, DDT and its byproduct DDE are only the tip of the iceberg when it comes to the numerous dangerous chemicals that are still present in our environment, decades after their dangers have been discovered and their use has ceased. Another such example, as we reported in a recent article, is the connection between PCBs (polychlorinated biphenyls) and impaired cognitive function in senior citizens.

PCBs were used in a large variety of manufacturing and industrial applications until they were banned in 1979. Even though their use has ceased, like DDT, they are still prevalent in human tissues and the environment, and continue to threaten public health. Older individuals are especially at risk, as they have had the longest exposures.

Today, a large variety of pesticides, herbicides and manufacturing processes using potentially dangerous chemicals are still widespread. The scary thing is that just because we haven’t discovered the health ramifications of these chemicals doesn’t mean we won’t find out that these too are linked to chronic, degenerative diseases in the future.

As we continue to suffer the consequences of banned, prevalent chemicals, we do not seem to have learned our lesson, as new ones keep being developed in their place – and there is no way to know if these will be found to be even more dangerous than the chemicals we have banned!

Although the United States is slowly taking a turn towards considering more natural, organic practices and agriculture solutions, in the meantime, the damage we are doing to our health and the health of our planet continues. As more and more research is released about how these chemicals can affect us so many years later, now is the time to seriously reconsider pouring more pesticides onto our soil, and onto our food.