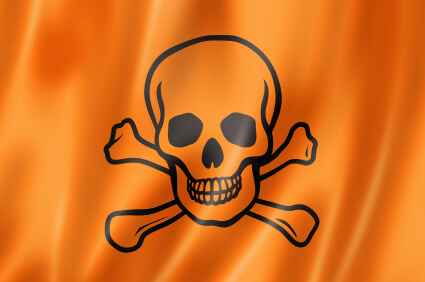 Phenylalanine is an amino acid naturally found in many proteins such as meat, milk and eggs. It is also present in bananas. However, this natural amino acid is found in an isolated, processed form in aspartame, the artificial sweetener used in NutraSweet, Equal and some diet sodas, as well as a number of other products.

Fifty percent of aspartame is composed of phenylalanine.

In large doses, processed phenylalanine acts as a neurotoxin, and can be hazardous to your health. It is especially dangerous for those with the genetic disorder phenylketonuria (PKU).

Dr. Janet Starr Hull, author of the book Sweet Poison, nearly died of aspartame poisoning in 1991. Since then, she has been working to raise awareness of the dangers of aspartame, and of isolated phenylalanine.

Dr. Hull states that amino acids should only be eaten in combination, which is the way they are presented in nature. Isolating and processing amino acids, according to her, can be very detrimental to human health.

When too much isolated phenylalanine is consumed, such as in the case of drinking diet sodas that contain aspartame, it acts as a neurotoxin and can overstimulate neurons and cause cellular death within the brain.

Conditions such as ADD, ADHD, and behavioral and emotional disorders have been linked to high levels of phenylalanine in the body and brain. Phenylalanine can also cause significant harm to diabetics, which is ironic as diabetics often turn to artificial sweeteners to avoid sugar.

For those individuals who have PKU, phenylalanine can be deadly. It has been found to cause seizures, brain damage and even death in the one in ten thousand people who carry the PKU gene.

Many people are unaware that they carry this gene if they have never had a blood test for it. Foods, supplements and medications that contain aspartame are required to carry a label stating, “Phenylketonurics: contains Phenylalanine,” to protect these individuals, however, those who do not know they carry the gene may unknowingly put themselves in serious danger by consuming products containing aspartame.

If you take medications such as neuroleptics, monoamine oxidase inhibitors or any medications that contain levodopa, any aspartame intake could be very dangerous.

In the 1976 Groliers encyclopedia, it is written that cancer cannot live without phenylalanine. This may explain in part the associations between aspartame and cancer in lab animals.

Dr. Hull recommends choosing proteins and other natural foods with a combination of eight or more amino acids. She also recommends avoiding isolated amino acids entirely. Isolated, processed phenylalanine is yet another reason to steer clear of aspartame and any food or supplement that contains this dangerous sweetener.