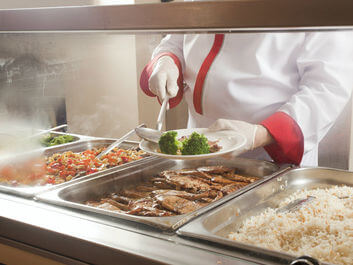 After cries of outrage from parents who would prefer their children not be fed centrifuged, gassed meat waste product in their supposedly healthy lunches, most schools (and fast food restaurants for that matter) boycotted the “pink slime” product…until now that is.

Schools in seven states (Iowa, Nebraska, South Dakota, Illinois, Pennsylvania, Virginia and Texas) have placed orders for two million pounds of the controversial “pink slime” ready and waiting to be served up to innocent growing bodies this school year. The reason is primarily a money issue. The cost of ground beef drops about 3 percent when LFTB is used as an additive. But is the money saved really worth feeding this controversial product to children?

For those who aren’t familiar with what “pink slime” is, here’s a quick review.

When all of the edible cuts of beef are removed from cattle carcasses, the remnants, known as “trim” that were once considered too low-grade and unpalatable for humans to eat are heated and spun in a centrifuge to produce a very lean meat-like product. Sounds tempting right?

Aside from the fact that this “unfit for human consumption” meat product is miraculously now considered just fine to eat by manufacturers, beef trim is also notorious for carrying E. coli O157:H7 and the non-O157 STEC bacteria. So before it hits a hamburger it has to be treated with an ammonia gas.

The USDA continuously defends the product as safe and Craig Letch, director of food safety and quality assurance for Beef Products Inc., the largest manufacturer of the product says, “with the successful use of LFTB by [USDA’s National School Lunch Program] over the last 15 years, we are confident that these states and school districts will enjoy both quality and cost improvements. This will ultimately enable them to provide more nutritious lean beef to their children.”

But has the use of LFTB really been all that successful? Aren’t the numbers of overweight and obese children at an all-time high? And aren’t more children than ever taking prescription medications for high blood pressure, diabetes and various other chronic diseases? And, if LFTB is so nutritious, why was it kept from labels?

Humans have subsisted on meat for centuries, but only in recent years have these statistics among the nation’s youth reached epic proportions. Yet the USDA and LFTB manufacturers tell consumers that “pink slime” is not having a negative impact on our health. Keep in mind there are several food additives Americans are told are “safe” to eat, yet these same products are banned in other countries. How could food dyes and preservatives be toxic to Europeans but perfectly safe for Americans?

One of the main controversies surrounding LFTB is labeling. At this point, ground beef can contain up to 15 percent of LFTB and still be considered “100% ground beef.” Amid last year’s controversy, school administrators were unaware that the meat they ordered contained LFTB, which was part of what led to the uproar.

Today, thanks to petitions and general cries of outrage, schools are now made aware by the USDA which product they are purchasing for their students, actual 100 percent ground beef or ground beef with LFTB. The controversy is far from over though. The introduction of LFTB and the complete lack of consumer awareness leads many to question what else could be lurking in their food. Schools will have to make decisions based on the cost and the quality of the food they serve and parents need to get involved.

They can inquire if LFTB-added meat has been purchased at their schools, yet the only way at this point to know for certain that meat is LFTB-free in the grocery store is to purchase certified organic meat or look for retailers like Costco who have pledged not to sell the product on their shelves.