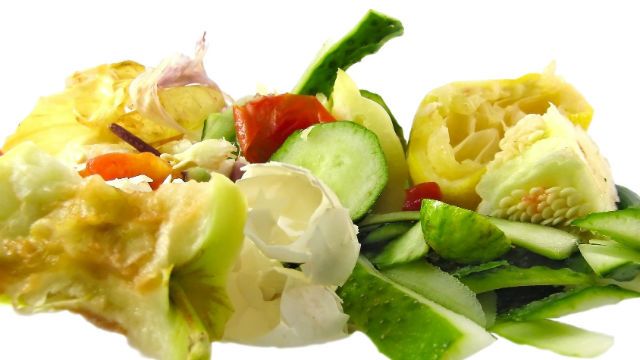 Across the United States, and in many other nations around the world, an incredibly large amount of food is thrown out and left to rot in landfills. According to USDA statistics, up to 40 percent of our nation’s food supply goes to the trash.

The NRDC estimates that the average family of four throws between $1,350 and $2,275 worth of food into the trash each year. Additionally, many unused parts of foods, such as stems, stalks and hulls, accumulate in landfills, further contributing to greenhouse gas emissions.

In a new study published in the journal Macromolecules, researchers from the Italian Institute of Technology detail a novel use for food scraps that would otherwise either be composted or trashed: bioplastic. The researchers have developed a new method of creating bioplastic from food materials, one which uses less energy than currently available methods.

The bioplastics that are in production today are usually derived from crops that could be used for food. As 49 million people in the US, and about 802 million people worldwide, suffer from hunger, diverting these crops towards plastics and not food seems backwards. Also, the traditional methods of converting these crops, such as corn, potatoes and peas, into bioplastic takes more energy, and more time, than the production of petroleum-based plastic.

Conversely, the new bioplastic developed by the Italian Institute of Technology researchers was created from food scraps such as parsley and spinach stems, cocoa pod husks and rice hulls. As study leader Ilker Bayer put it, they are the “parts we don’t want to eat.” The process of converting these food remnants into plastic involved manufacturing cellophane from the cellulose found in plant cell walls, through a shorter, more energy-efficient method.

Bayer and his team hypothesize that making plastics from food scraps using this method could preserve some characteristics of the plants themselves in the plastic. For example, a plastic created from cinnamon could have antibacterial qualities, while a plastic made from parsley stems could retain some antioxidants. Different foods also led to different consistencies of plastic.

The study authors wrote, “comparison of their mechanical properties with that of various petroleum based synthetic polymers indicates that these bioplastics have equivalent mechanical properties to the non-degrading ones. This opens up possibilities for replacing some of the non-degrading polymers with the present bioplastics obtained from agro-waste.”

Although this new method of bioplastic could revolutionize the plastics industry if it were fully adopted and integrated into our economy, it may be a long road for it to be able to compete with synthetic plastics cost-wise. 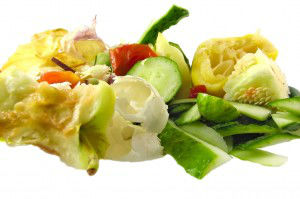 Until consumers change their mindset, and each of us begins putting our dollars towards new, sustainable technology instead of relying on the convenience of petroleum plastics, things may be slow to change.

However, novel options that are better for the earth are fast emerging, and it is up to us to support them for the health of our planet.