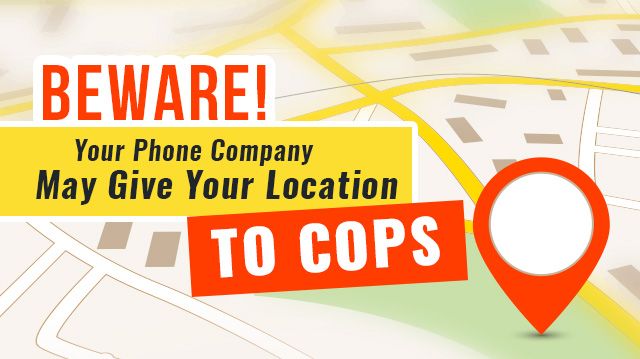 A bill that would have forced telephone companies to share location date of customers with police has failed in the House of Representatives. Those who opposed the bill argued that the bill is simply a thinly veiled effort at broad government surveillance of citizens, while supporters focused on the potential for saving lives.

The Kelsey Smith Act failed to advance in the U.S. House of Representatives, with members voting 229 to 158. The bill, which required a two-thirds majority to pass, would have meant cell phone carriers had to disclose a phone’s location with law enforcement in the event of an emergency. Civil liberties groups aggressively lobbied against the bill, arguing that although well intended it would create a warrant loophole leading  to increased government surveillance.

The bill commemorates Kelsey Smith, an 18-year-old from Overland Park, Kansas who was kidnapped from a Target store parking lot in 2007. Four days after her disappearance Verizon, her wireless provider, released location data to police. Officers found found Smith’s murdered body in 45 minutes.

The Kelsey Smith Act would have allowed law enforcement to quickly access cell phone locations when a person is abducted or a life is in danger. But the libertarian-leaning think tank R Street said phone companies already possess the authority to share cellphone location data in emergency situations and do so frequently, making the legislation redundant.

They can still find you

Current law already allows phone providers to share info with police in emergencies, according to R Street. If this bill had passed, however, the legislation would have created an unprecedented loophole to the Fourth Amendment right to privacy, they argue. It would have allowed the police to force cell phone carriers to disclose user-location information without a prior court order when they believe there is an emergency.

When it comes to a suspected criminal’s cell location, things are different. Last year, a federal court ruled that police don’t need a warrant to track the cellphones of suspects.

Congressman Kevin Yoder (R-Kansas), who introduced the bill, said he will continue working to get the measure approved. “It’s clear the Kelsey Smith Act has the support of the majority of the House of Representatives. While I’m disappointed in the outcome, I look forward to the bill being brought back to House floor when a simple majority vote can get it passed,” said Yoder.

Last year, police used cellular phone location data to find an infant who was in the back of a stolen car. “Within 20 minutes of when the call came out, they had the car located and the child safe,” said Dan Friesen, public information officer for the Lenexa, Kansas police department.

Shortly after the news of the baby’s safe return, Missey Smith, mother of Kelsey Smith, shared her feelings. “That baby’s alive and home because my baby isn’t, and if there’s any purpose in Kelsey’s death, I know she’s saving other lives,” Smith said.

Obviously, there are many advantages for the police having instant access to phone locations, but there also are real privacy concerns. And, amidst the positive outcomes, an important question surfaces: Where does the line between cell phone surveillance and an individual’s reasonable expectation of privacy cross?

Should police be able to quickly locate your phone without a warrant, even if you aren’t suspected of a crime?