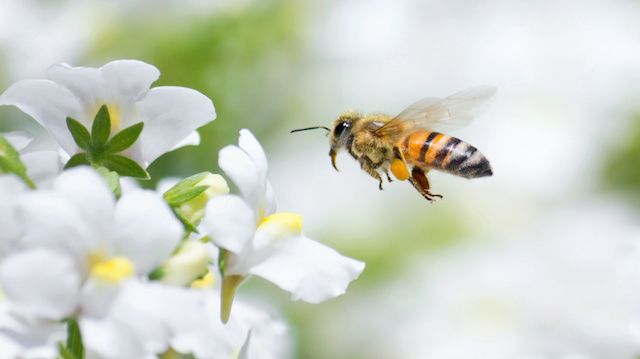 A new study has found that climate change is affecting flowers in a surprising way — they are not as sweet. If you read old books, they often describe the excessively sweet smell of a field of flowers, but if you visit a wildflower patch today, you may notice that it smells only slightly different than the surrounding weeds. According to the new study, published in September 2015 in the journal New Phytologist, climate change may be to blame for the lack of smell in modern flowers.

“Ozone is a highly reactive pollutant that enhances the degradation of all plant volatiles in general, reducing their lifetimes,” the study authors noted in their report. They estimate that plants “will experience a decrease in pollinator visitation rates that can limit their reproductive success.”

This study is not the only one to suggest that modern flowers are less potent than in previous years. In 2013, a study published in Environmental Research Letters found that ground-level ozone has a powerful effect on the striped cucumber beetle, which is known for eating plants such as cucumbers and pumpkins. When ozone levels increased, the beetle was less attracted to the plants. In this case the effect had positive results, however fewer bees attracted to flowers is a completely different story with potentially serious consequences.

How the study worked

The 2015 study used scent molecules from a common mustard plant and tested their effects on bumblebees. When there were less flower molecules in the air, the bees visited less often. The study was able to simulate both the degradation of the plant molecules when exposed to ground-level ozone and how the reduced amount of scent molecules affected the bees directly. In most cases, the bees were unable to follow scent cues that would ordinarily alert them to the presence of the flowers. The study authors theorized that similar effects would occur with other pollinators as well as other flowering plants.

The effects of a predicted increase in ground-level ozone 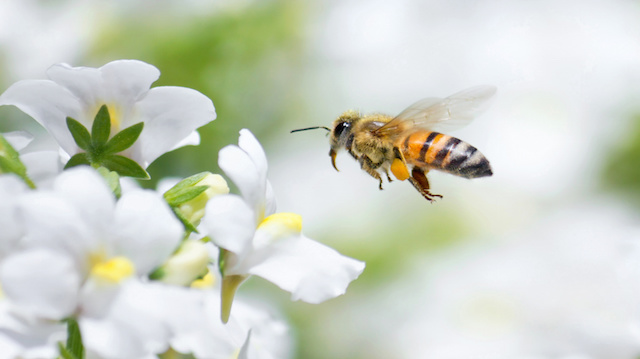 Only by reducing ground-level ozone can we prevent this from happening. The effect on our food and crop production could be even greater if bees are directly affected. Regardless, if bees are forced to expend more energy searching for food, it will result in smaller bee colonies and fewer fertilized plants.

What is the lesson here? Do your part to prevent ozone production by eliminating VOCs. For the flowers, the bees, and for our food supply.