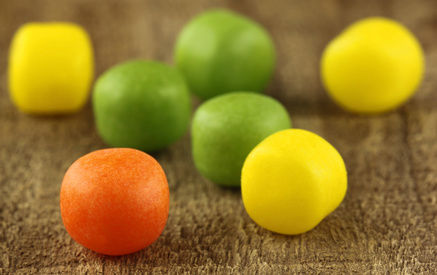 You brush, floss and rinse daily, try to limit sweetened beverages and sugary candies in an effort to avoid cavities. But have you ever considered probiotics to combat tooth decay? Turns out this could be the ticket to eliminating the cavity-causing bacteria in your mouth.

Microbiologists in Berlin recently tested out a probiotic-laced mint on a group of volunteers to see what effect it had on the microbiome of their mouths. Our mouths are a hotbed of bacteria, housing over 600 species at any given time, and while most of these are harmless, the Streptococcus mutans strain is responsible for tooth decay. These mouth-inhabiting microbes thrive on the sugars we eat, turning them into the acid responsible for decaying our teeth.

Researchers believed if they could find a way to kill Streptococcus mutans without harming the rest of the bacteria in the mouth, they could put an end to tooth decay while preserving the microbiome. After testing over 800 species of bacteria, they discovered that Lactobacillus paracasei may just be the beneficial bacteria they were searching for.

After a period of 10 minutes the levels of bacteria in the participants’ saliva were evaluated. Sure enough, the number of Streptococcus mutans was reduced after the mints were consumed. However, this is just the tip of the iceberg when it comes to probiotic-laced candies.

Researchers admit that while the number of bacteria was reduced, it was only a small amount and lasted only temporarily. Furthermore, only saliva was tested, and for the mints to be truly beneficial they would have to reduce the amount of bacteria that adhered to the teeth.

However, the future looks promising for probiotics’ role in the battle against tooth decay. They are already used to treat a number of oral health conditions including tonsil stones, ear infections, bad breath and dry mouth.

And their use in sugarless candies couldn’t come at a better time as research  has shown the longtime anticavity ingredient in most sugarless candies, zylitol, is not as effective as was previously believed. In fact, the researchers now claim it doesn’t reduce the risk of cavities at all in adults.

More studies need to be performed before probiotics make their way into the sugarless candy market. For now brushing and flossing are still your best bet for keeping cavities at bay, but keep your eyes open for probiotics to be breaking into the oral health market soon.