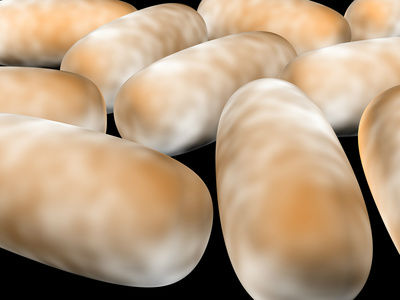 In a 2012 publication by Harvard Medical School, the authors state, “the brain and the gastrointestinal (GI) system are intimately connected – so intimately that they should be viewed as one system.”

Based on this connection, researchers at the California Institute of Technology (Caltech) performed a study  exploring the use of probiotics to alleviate symptoms of autism spectrum disorder (ASD), and achieved some promising results.

Commonly known simply as autism, autism spectrum disorder is characterised by behaviors such as impaired communication, lessened social interaction and sometimes repetitive behaviors, to name a few. Many individuals diagnosed with autism are also found to have digestive or gastrointestinal difficulties.

Caltech biology professor, Sarkis K. Mazmanian, says, “traditional research has studied autism as a genetic disorder and a disorder of the brain, but our work shows that gut bacteria may contribute to ASD-like symptoms in ways that were previously unappreciated. Gut physiology appears to have effects on what are currently presumed to be brain functions.”

For their experiment, the researchers mimicked autism-like symptoms in mice by triggering the immune response of pregnant mice via a “viral mimic.” Previous research has shown that when pregnant women experience a severe viral infection, it raises their risk of giving birth to an autistic child. Indeed, the offspring born to the mice in whom the immune response was triggered displayed autism-like behaviors, and also were found to have “leaky” GI tracts.

The researchers then treated these mice with an experimental probiotic, Bacteroides fragilis. Results of the treatment showed that not only was their leaky gut remedied, but they also displayed improved communication with other mice, were less likely to perform repetitive digging actions, and showed lowered anxiety levels.

Plans are currently underway to test the effects of this probiotic on symptoms of human autism. Mazmanian says, “I think our results may someday transform the way people view possible causes and potential treatments for autism.” 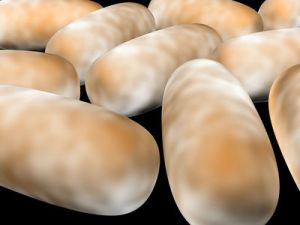 Even though the researchers stress that the probiotic treatment does not address the genetic component of autism, it is still a big step into understanding this spectrum disorder. This study also provides further evidence of just how important gut health really is to other bodily systems, and especially to the brain.

Probiotics are an essential part of a daily regimen. A healthy gut boosts not only your immune system, but as this study shows, could also be a key to unlocking more secrets of many illnesses that continue to go uncured.

We recommend BioTrust ProX10 for a daily probiotic, as it delivers TEN TIMES more live, healthy bacteria to your gut than traditional, non-microencapsulated probiotic products.