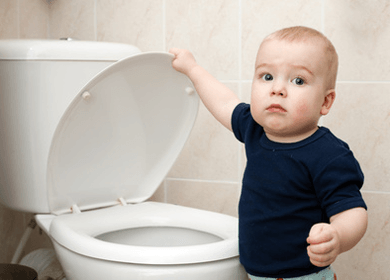 Most people don’t think much about pooping after washing their hands. However, occasionally, we take a peek and wonder what on earth our body created and how did that delicious dinner turn into something that smells so unappealing. Here are the answers to a few of the questions you may have always wanted to ask about poop, but were too shy!

What is that Stuff Made Of?

Poop is made of about 75 percent water. The rest of the ingredients are fiber, both dead and live bacteria and dead cells. It also has mucus, although large amounts of mucus may be an indication of intestinal infections or immune system problems. Foods made of soluble fiber, such as nuts and beans are more easily broken down than insoluble fibers. As a result, insoluble fiber foods, such as carrots, corn and oat bran often come out looking much like they did when you ate them.

Why Does it Change Color?

The color of your stool can depend on many different variables. One of the biggest variables is what you have been eating. Dark colored vegetables, such as spinach and kale can turn your poop a dark green color. Beets often turn stool a deep red color. Some medications can make your poop look clay or white colored. Jet black stools can be attributed to potential bleeding in the intestines. Although it may simply be the result of taking iron supplements or going on a black licorice binge, if you see jet black stools, see your doctor immediately to rule out any potentially immediate health problems.

Why Does it Smell so Bad?

Poop rarely smells good, no matter what new parents may tell you. Especially bad smelling stools can be an indication of potential infections, such as giardia, which is a parasite that comes from swimming in fresh water lakes. Bad smelling poop can also indicate serious intestinal problems, such as Crohn’s disease, ulcerative colitis or celiac disease.

How Often Should I be Going?

The thing about going poop is that normal is a relative term. For some people, going every day around the same time is just part of their daily routine. For others, it may be several days between poop sessions. If there are no changes to your daily routine or your diet has not changed, you should be defecating about the same amount on a regular basis. Changes can occur if your diet changes or your daily routine is interrupted because of vacation or other activities. If you notice frequent changes and nothing has differed in your diet or regular activities, you may need to see the doctor. It can be an indication of gastrointestinal problems, colon cancer or an overactive thyroid.

Everybody poops! It’s a normal part of human activity. However, your stools can be a barometer of your overall health. By paying attention to your bowel health, you may be able to monitor the onset of potential health problems.