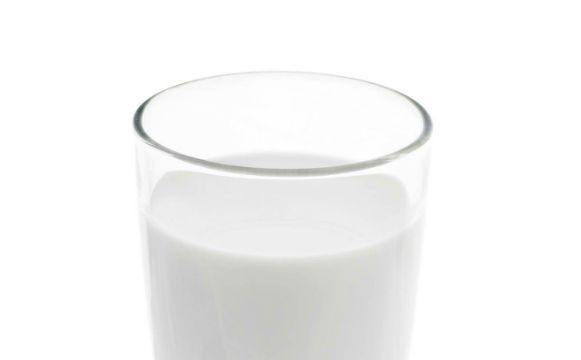 Back in July, the United Kingdom’s Food Standards Agency, the nation’s equivalent of the U.S. Food and Drug Administration, announced that it would allow raw milk in vending machines due to an extensive report that found there is a need for consumers in the country to have increased access to the product.

It concluded that consumers and producers hold a strong view on the topic of raw drinking milk and that there should be wider accessibility, although it should still be managed and controlled, ultimately relaxing the laws to allow it to be purchased from vending machines in stores in England as well as Wales and Northern Ireland.

Previously, residents of the U.K. were only permitted to purchase raw milk directly from farmers, with retail sales prohibited due to antiquated safety concerns. The new rules propose the establishment of a distribution network of sites with temperature-controlled vending machines dispensing safe, unpasteurized milk to those who want it.

This change follows what has already occurred throughout much of the rest of Europe where this type of raw milk distribution is already common. New Zealand has also shown renewed openness to raw milk by proposing a number of options for its sale to consumers.

In the U.S., on the other hand, while states may adopt their own laws on raw milk sales, at the federal level, sales are virtually banned. All milk sold across state lines must be pasteurized and meet the standards of the U.S. Pasteurized Milk Ordinance.

The FDA has remained firm about its anti-raw milk stance, despite widespread public support for access. They have resisted all efforts to lift restrictions prohibiting interstate sales of raw milk and have even repeatedly targeted farmers with fines and jail time for supplying it to willing consumers, according to Food Matters.

The site also notes that one of the largest raw milk dairies in the country, Organic Pastures out of California, sued the FDA in 2012 for “ruling with an iron fist when it comes to raw milk.” The lawsuit was ultimately dismissed, and the FDA continues to classify all raw milk as an “inherently dangerous food.”

Founder and director of the Raw Milk Institute, Mark McAfee, hoped to capitalize on the growing openness other countries around the world have shown when it comes to raw milk, writing a letter to the FDA’s dairy regulation head John Sheehan. He proposed “a meeting to create and establish an ‘investigational pilot project’ that would narrowly permit interstate commerce of raw milk for human consumption under FDA supervision, specific standards, testing and control.”

McAfee reportedly argued that the FDA should engage in a dialog on the topic in the interests of public safety, writing, “The FDA does not need to like raw milk to regulate it or set fair standards for it. The current FDA policy of suppressing raw milk does not work. In fact, it appears to excite and stimulate markets….as raw milk is being pushed underground by the FDA which makes it less safe.”

Unfortunately, while the citizens of more and more countries will gain easier access to raw milk, here in the U.S. it doesn’t appear that the FDA is even willing to discuss the topic.