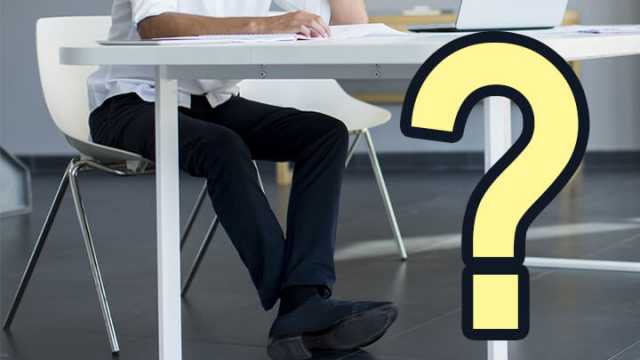 If you’ve heard of Kegels, you probably think of them as designed specifically for women. And while the female contingent can certainly benefit from these exercises, it’s a fact that men can too. Particularly for men who are gaining in years, where progressively weakening pelvic muscles can cause all sorts of problems.

The muscles of the pelvic floor are critical to whole-body health. They comprise the foundational element of your abdominal muscles. For starters, don’t think you can attain that elusive six-pack without them! Beyond the mere superficial, however, the pelvic floor muscles play a critical role in bladder function, bowel function and, of course, sexual prowess. Kegels are regularly prescribed as an effective, natural treatment for incontinence in women. They have exactly the same effect on men as well. And that erectile dysfunction you’re under the impression that only drugs or a good shrink can fix? Look to your pelvic floor for answers!

How to tell if you need to be doing Kegels

Simply put, almost every man over the age of 40 should probably be doing Kegels on a regular basis. That being said, even those under this age bracket may be at risk of compromised pelvic floor muscles, meaning Kegels should become an essential part of their weekly, if not daily, routine. Here are some key indicators that you should look into these exercises:

Quite a big list of potential indicators, isn’t it? Suffice to say that everyone can benefit from performing Kegels on a regular basis, provided they’re performed right. Here are some of the major reasons why men should do Kegels too.

Perhaps one of the most common reasons for men to be prescribed Kegels by their health specialist is for treating incontinence and other urinary issues. When a man has weakened pelvic floor muscles, they fail to support the bladder and urethra adequately. This means that whenever he sneezes, coughs, laughs too hard or does something like jump up and down, he runs the risk of wetting himself. In this situation, known as stress incontinence, the pressure being exerted by the bladder on the pelvic floor muscles is insufficient to keep the pee in. This results in a potentially embarrassing moment for the man in question. Not ideal.

The solution is easier than you might think: Kegels! Studies have shown that performing kegel exercises on a daily basis helps to significantly strengthen your pelvic floor muscles, which in turn helps to address many of the biggest problems associated with stress incontinence and other urinary issues.

A 2005 study published in the Journal of European Urology split 300 post-prostatectomy incontinence patients up into two test groups. The first group was assigned structured pelvic floor muscle training (i.e., Kegels) while the other 150 study participants acted as a control group and weren’t assigned Kegels. Researchers found that in the Kegels group, 19 percent of patients achieved continence after one month. A whopping 95 percent fixed their incontinence problem within six months. Pretty conclusive stuff.

Having problems with premature ejaculation, erectile dysfunction or pain during sex? Kegels may be able to help with that as well. According to this study, “The pelvic floor muscles are active in both male and female genital arousal and orgasm.” Researchers believe that overly tight pelvic floor muscles, otherwise known as hypertonus, can contribute to sexual pain in men, thereby influencing the ability to maintain an erection or to find any real enjoyment in sex.

Kegels may provide the answer, helping to reboot the pelvic floor muscles and stop them from cramping up every time you want to get it on. But this will only work if you perform those exercises correctly. Doing them the wrong way may just make matters worse.

Similarly, a 2004 study published in the British Journal of General Practice employed Kegels to treat a group of men suffering from erectile dysfunction, ranging in age from 22 to 78 years. Of these 55 men, 28 were randomized to begin performing Kegels on a regular basis, while the rest were used as a non-kegel control group. After three months, the kegel group showed significant improvements in erectile dysfunction compared to the control group. After a while, researchers placed more men from the control group into the kegel group, eventually noting that 40 percent of participants attained normal function and another 35 percent experienced improvements in their problem. Not bad for a few simple exercises.

Just as the pelvic floor muscles play an important part in bladder control by regulating the bladder outlet (urethra), so too do they exert an influence over your bowel movements. A long history of constipation can weaken the pelvic floor muscles, as can pelvic surgery. Kegels can help to repair the damage done by these adverse activities and may help to resolve a wide range of bowel issues.

Kegels have long been used to rehabilitate the pelvic region in men following prostatectomy. In a 2001 clinical study, 30 men were told to perform Kegels following prostate surgery. After evaluating these men every week, they were shown to exhibit improved pelvic muscular health, less incontinence compared to the control group and improved quality of life.

How to find your pelvic floor muscles

Kegels are actually really easy to do, once you take the first step towards actually locating them. And if you’ve ever stopped peeing mid-stream, you already know how to work those mysterious pelvic muscles!

How to do Kegels

Now that you’ve found that pelvic floor sweet-spot, there are plenty of ways in which you work them out. But as with all new things, simple is better. Start small and keep it uncomplicated to avoid creating new issues. Here’s one way to integrate Kegels into your daily routine:

1. Lie on your back with your knees bent and feet on the floor. Place a medicine ball, or any other similar-sized sports ball (soccer, basketball) in between the top of your knees.

2. Keeping your back flat against the floor, contract or gently squeeze your pelvic floor muscles and squeeze the ball between your knees at the same time. Hold for three to five seconds, then repeat eight to 12 times.

If squeezing the ball at the same time as contracting your pelvic floor muscles is too hard at first, try just focusing on those muscles and leaving the ball for now. Find a position that’s most comfortable. It could be lying down, standing or even sitting. Then, focus on your pelvic floor muscles by imagining you’re stopping that flow of pee. Contract those muscles for three to five seconds, release them for five seconds, then repeat 10 times. Try to perform this simple routine three times per day. But if you really struggle with them, then slowly work up the the 10/3 daily goal — every little bit helps!

Other exercises for working your pelvic floor

Kegels aren’t the only way to get your pelvic floor muscles back into shape. Some of the muscle groups which surround this area also help to improve many of the issues outlined above. Performing certain exercises can really make a big difference. Here are just a few:

Place your feet directly below your hips, with your toes turned outwards 45 degrees. Bring your arms directly out in front of you and keep them in this position until you’ve finished the exercise. Now squat down until your knees are close to right angles, keeping your weight over your heels and your back straight. As you squat, keep your knees as wide as possible to work those inner thighs. Repeat 12 times, three times per day.

Start in a split kneeling position, with your back knee on the floor and your front knee at a right angle in the air. Shift your weight forward into a lunge by leaning forward, lifting your back knee into the air, and keeping your torso tall and pelvis tucked. Hold for 30 seconds and perform three to five times per side, once a day.

Keep at those Kegels and other pelvic floor exercises! Committing to a regular workout regime is the only way to improve your pelvic health in the long term.