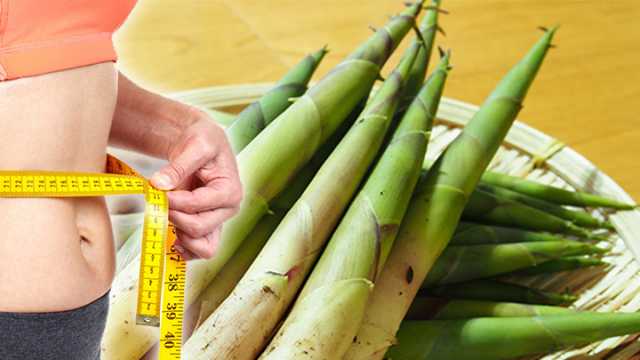 You’re not a panda, so don’t expect to chomp down on a bamboo stock anytime soon. You can, however, enjoy the tender bamboo shoots that sprout beside the bamboo plant. Bamboo shoots are tasty organic vegetables that grow like weeds in hot climates. That means they don’t require fertilizers or dangerous pesticides to help them thrive. But beyond taste and dense nutrient profile, there are several other reasons to eat bamboo shoots.

All about bamboo shoots

Bamboo is one of the most versatile plants on the planet. It’s a sustainable building material, and the fastest growing plant on earth. In fact, it could easily replace all known woods, without having to obliterate entire bamboo groves or plantations to do so. It will even continue to grow after a harvest, and never require replanting.

While most people in the U.S. recognize bamboo’s industrial role, many are not aware that they are edible, a rich source of proteins, minerals, fiber, and are low in fat and sugars. In fact, Asians — particularly Chinese, Taiwanese and Japanese — have been eating bamboo for thousands of years because of the delicious crunchy texture and numerous health benefits.

Fresh shoots — if refrigerated and kept away from sunlight — can last for up to two weeks. If not stored properly, the shoots will develop a bitter taste. Bamboo shoots are available year-round, but the most delectable are the smaller fresh winter shoots, which you can generally find in Asian food stores.

Prior to cooking, fresh shoots must be blanched, boiled or soaked in water overnight, since some species contain toxins. Doing so will eliminate any danger of ingesting those toxins. Canned shoots, on the other hand, are perfectly safe. They make an excellent substitute for fresh shoots and come packed in water. However, they should be rinsed before eating. If you notice a “tinny” taste or funky odor, simply boil them in fresh water for a few minutes. Dried shoots need a longer soaking time and slow, separate cooking before adding to a recipe.

Bamboo shoots are low in calories, low in sugar, low in carbs and high in protein, which makes them an excellent weight loss food. A half cup of shoots contains a mere 20 calories. In addition, there are only three to four grams of carbohydrates per 100-gram serving. Their sugar content is less than most fruits and veggies with only 2.5 grams per 100 grams serving.

Shoots absorb whatever flavor they are cooked in, making them an excellent low-carb alternative in stews or soups. Their crunchy texture makes them perfect for pickling and ideal for topping salads. Moreover, bamboo shoots are satisfying for anyone who likes to snack, because they’ll keep you satiated without adding too many calories.

Phytonutrients are natural substances that are found in plants. Without them, you would have a tough time fighting off diseases. Bamboo shoots contain lignans, according to research. Lignans are phytonutrients that have both soluble and insoluble fiber, and may support the immune system.

Lignans are excellent for balancing hormone levels in both men and women. In women, they help balance estrogen levels. In men, they help balance the testosterone levels. When you consume plant foods, the lignan compounds are converted in your intestines with good bacteria to produce a form that the body can assimilate. Smart Publications also reports that lignans can:

Indian research suggests that bamboo shoots contain anticarcinogenic agents. Scientifically, carcinogens have always been linked to cancer. Including shoots in your diet may effectively reduce the free radicals that can produce harmful carcinogens.

In addition, the lignans found in bamboo shoots (an important component of fiber) are also reported to have anticancer effects reports the Indian study.

Rich in vitamins and minerals

Researchers from Punjab University in Chandigarh, India, studied bamboo shoots for their nutritional value. They found that fresh shoots were rich in vitamins and minerals, making them a valuable immune-boosting food. Their vitamin profile includes:

Bamboo also contains useful minerals, especially manganese and copper. Manganese is used by the body as a cofactor for the antioxidant superoxide dismutase, an important antioxidant defense for all living cells exposed to oxygen. Copper is required in the production of red blood cells.

Additionally, it has smaller amounts of essential minerals and electrolytes including calcium, iron and phosphorus. The mineral profile for bamboo shoots include:

Since most of the available anti-inflammatory drugs are ulcerogenic, researchers conclude that the two properties in the same extract could be highly effective in treating inflammatory conditions. The extract can also be used to treat external wounds and ulcers.

A seasonal delicacy or year-round

Enjoy bamboo shoots sauteed, stir-fried or mixed with vegetables, beans, poultry or seafood. When choosing fresh shoots, look for recently harvested varieties. Choose shoots that are firm and heavy with a wide base. Avoid soft, dry roots and check to make sure the shoot base is not turning green. Green discoloration is a marker that it has been exposed to sunlight for a long period of time, or that it is overripe, which gives a bitter taste to the shoot.

In Thailand, bamboo shoots are often pickled and used in vegetable and shrimp curries. In China, tender shoots are often featured in soups, noodles, salads and stir-fries. Generally, boiled bamboo shoots are safe to eat. But it’s important to be aware that bamboo shoots contain cyanide. Over-mature shoots and certain varieties of bamboo possess a higher concentration of cyanide than young, tender and some sweet varieties. Just make sure to boil fresh shoots first to destroy these toxic compounds instantly.

Variety is the spice of life. So, if you’re interested in adding a new vegetable into your diet, that’s tasty and highly nutritious, then consider giving bamboo shoots a try.