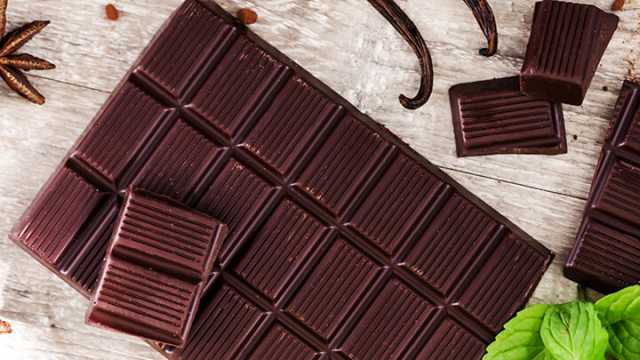 Chocolate. It’s one of life’s great comfort foods. Bite into a bar of chocolate and a taste sensation overruns your senses. It helps to get you through troubled times and balance out over-rich meals. It can even just make an at-home movie night that much more delectable. Chocolate is truly a sought-after treat.

But what if this delicious snack could be so much more than just an occasional indulgence? What if you could eat it guilt-free — or actually feel guilty if you don’t eat it? It sounds like a fantastical claim, but eating chocolate every single day may actually be good for your health.

Obviously, everything in moderation. If you read this, then go and knock back an entire block of chocolate, your body isn’t going to be overly impressed. But if you stick to the right chocolate, and don’t go overboard on your daily intake, you can reap all of the health rewards while also treating your taste buds.

It sounds too good to be true, but science agrees. Research shows that chocolate has a wide range of health benefits. The only catch is that your chocolate needs to be dark — at least 72 percent cocoa solids. Anything less and the overload of sugar surpasses the goodness of the cocoa, turning your chocolate back into a guilt-ridden snack. You also need to watch out for added (and unnecessary) fillers, like vegetable oils, artificial flavors and artificial colors. The purer your chocolate, the better.

But without further ado, let’s explore some of the many chocolate health benefits.

Forget those health-damaging energy drinks and constant cups of coffee, there’s a new energy-boosting kid in town. As most people know, chocolate contains moderate amounts of caffeine, which certainly helps to aid in your morning wake-up or mid-afternoon pick-me-up. But research indicates that the energy-boosting abilities of dark chocolate may extend well beyond its caffeine hit.

A 2015 study published in the Journal of the American College of Cardiology analyzed the effect of dark chocolate on seventeen “sedentary older adults.” Researchers placed eight of the sluggish participants on a placebo, while the rest were given two squares of dark chocolate. Researchers then placed participants on stationary bicycles to measure their energy levels and lipid profiles as time went by.

According to the results, the dark chocolate group experienced a significant increase in energy levels and the ability to go harder and faster on the bikes. Researchers thought that this effect occurred due to dark chocolate’s ability to enhance energy metabolism in mitochondria and increase mitochondrial “biogenesis.” 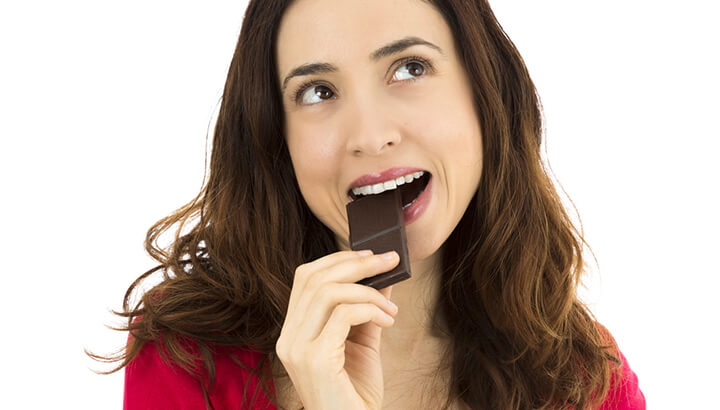 Another of dark chocolate’s many health benefits is its ability to actively lower stress levels. A 2014 study published in the Journal of the American College of Cardiology measured the benefits of eating dark chocolate on 65 healthy males. Researchers gave 31 of the men a placebo, while 34 ate a small amount of 72 percent Swiss dark chocolate.

The results said a lot about just how potent chocolate’s health benefits really are. According to the study, “the dark chocolate group showed a significantly blunted cortisol and epinephrine reactivity to to psychosocial stress compared to the placebo group.” In addition, researchers found that these stress-alleviating effects were not altered by age or weight. This means everyone can benefit from a little soothing dark chocolate when life gets a bit much.

Researchers also found that the reduction in cortisol (a.k.a. the “stress hormone”) gave the adrenal glands a much-needed break. Considering how many people suffer from adrenal fatigue, this is an important finding indeed.

If you’re looking for a food to help your heart perform at its very best, dark chocolate may be a good choice. Research shows that eating chocolate can increase your risk of heart disease, partially due to its blood pressure-lowering effects.

A study published in the European Heart Journal examined the effects of chocolate consumption on close to 20,000 healthy European adults. Researchers found that “chocolate consumption appears to lower CVD (cardiovascular disease) risk, in part through reducing BP (blood pressure). This heart-healthy effect particularly applied to lowering the risk of stroke.

Another study, published in the Journal of Free Radical Biology and Medicine, found that the cocoa in chocolate contains polyphenols which promote healthy cholesterol levels. These antioxidants were shown to “increase the concentration of HDL cholesterol, whereas chocolate fatty acids may modify the fatty acid composition of LDL and make it more resistant to oxidative damage.”

This chocolate health benefit seems the most far-fetched of them all, but science seems to think that it could be true! A 2012 study published in JAMA Internal Medicine found that chocolate consumption resulted in lower body mass index (BMI) for those participants who ate dark chocolate on a regular basis. Additionally, researchers found that those who ate chocolate more regularly had a lower BMI than those who ate it less often. Researchers thought that this effect was related to the higher saturated fat content and healthy calories in dark chocolate. That’s good news for all those chocolate lovers out there — myself included! 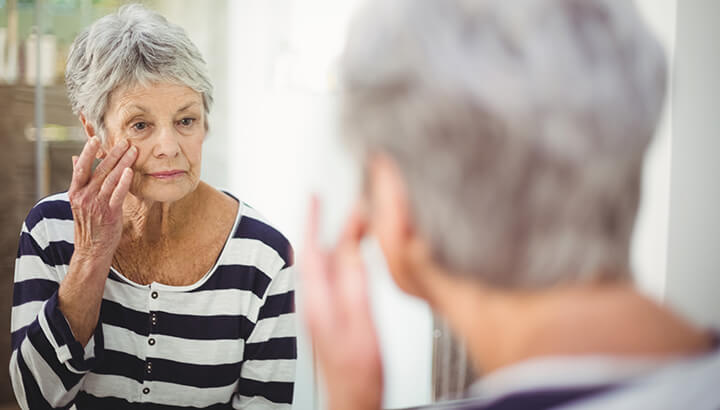 It’s a well-known fact that dark chocolate contains a wide range of health-promoting antioxidants. What isn’t so well-known is chocolate’s apparent ability to slow the aging process, due to its high concentrations of flavonols. Researchers in a 2015 study found that these nifty compounds “reduce some measures of age-related cognitive dysfunction, possibly through an improvement in insulin sensitivity.” Essentially, eating dark chocolate can protect your brain from the ravages of aging.

Forget about those unhealthy prescription meds which are supposed to be keeping your heart ticking along. There’s a far tastier, healthier option: dark chocolate! The verdict is in — and it’s good news for chocolate lovers. Multiple studies show that chocolate helps to improve many cardiovascular functions, including plasma epicatechin concentrations, arterial function and coronary vasodilation.

A 2004 study published in the American Journal of Hypertension found that flavonoid-rich dark chocolate “may exert a beneficial effect on endothelial function in healthy adults.” Researchers went on to conclude that “chocolate consumption may exert a protective effect on the cardiovascular system.”

Another study, this time published in the journal Circulation, found that dark chocolate consumption “induces vasodilation, improves coronary vascular function and decreases platelet adhesion two hours after consumption. These immediate beneficial effects were paralleled by a significant reduction of serum oxidative stress. They were positively correlated with changes in serum epicatechin concentration.”

All of this is great news for the health of your heart. Chocolate may also lower your risk of stroke.

Those same flavonoids in chocolate which are responsible for so many of chocolate’s other health benefits also make it a great snack for those suffering from diabetes. A 2013 study published in the Journal of Nutrition showed that the anthocyanins and other health-promoting flavonoids could help to lower insulin resistance.

Not only that, researchers found that compounds in dark chocolate also improve blood glucose regulation, which is big news. It’s helpful not only for those suffering from diabetes, but also for those trying to avoid it. 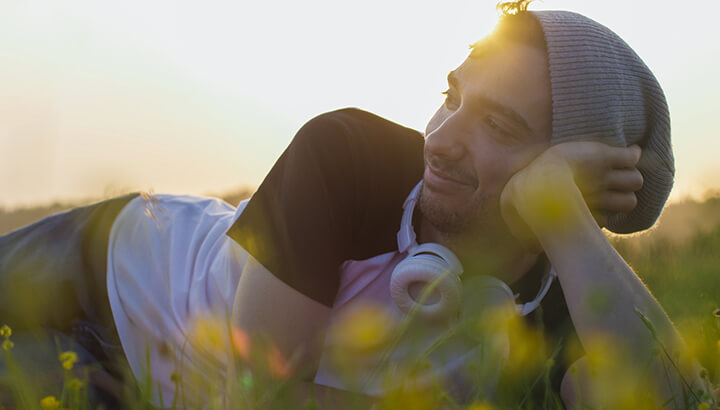 For all those self-proclaimed chocolate connoisseurs out there, the fact that chocolate can boost your mood will come as no surprise. How could anyone possibly be unhappy as they pop some deliciously decadent dark chocolate into their mouth? But it always helps when science agrees with popular consensus.

Research published in the Journal of Psychopharmacology found that the polyphenols found in cocoa (the largest ingredient in dark chocolate) may help both cognition and mood. According to the study, 30 days of cocoa supplementation resulted in “significantly increased self-rated calmness and contentedness relative to placebo.”

While we’re on the subject of health-boosting, does anyone fancy a cognitive boost as well? Eating dark chocolate can help you do just that. The scientific literature indicates that certain compounds in dark chocolate can elevate brain function.

A 2013 study published in the American Academy of Neurology examined the effect of cocoa consumption on 60 elderly participants over the course of 30 days. Researchers found that “there is a strong correlation between neurovascular coupling and cognitive function. Both can be improved by regular cocoa consumption in individuals with baseline impairments. Better neurovascular coupling is also associated with greater white matter structural integrity.” In other words, cocoa can boost your brainpower.

The wonderful benefits of chocolate don’t end there. Find out why dark chocolate may even be good for your gut!