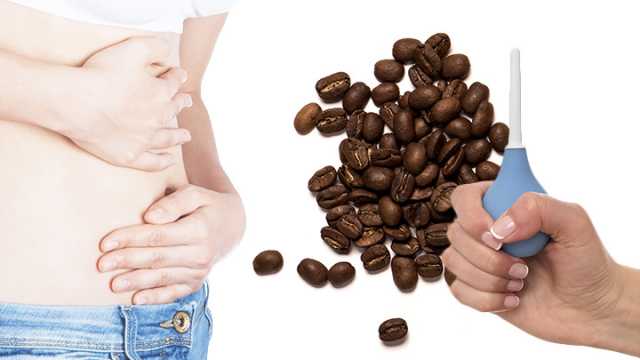 In today’s world of harmful foods and toxic chemicals, many people are turning to alternative treatments to resolve their growing list of health problems. One of those alternative therapies is coffee enemas, a technique that was popularized by the late Dr. Max Gerson.

Born in Wongowritz, Germany in 1881, Gerson made a name for himself by first curing his own frequent migraine headaches. Gerson soon had a thriving practice established which focused on treating migraines in other patients by altering their diets. Gerson soon found that his diet was not only curing his patients’ headaches, but also the tuberculosis that many of them were suffering from.

Gerson teamed up with famed thoracic surgeon Dr. Ferdinand Sauerbruch and began treating a wider array of patients. In one clinical trial, they reportedly succeeded in helping 446 out of 450 patients recover entirely from their skin tuberculosis, all through diet and certain other naturalistic practices. Gerson went on to successfully treat heart disease, kidney failure and even cancer with his “Gerson Diet.”

What is Gerson Therapy?

Today, Gerson lives on through Gerson Therapy, a strict management program used to treat cancer patients and many others suffering from illnesses that simply refuse to be resolved via conventional medicine. Overseen by the Gerson Institute, Gerson Therapy involves a carefully-tailored regimen of juicing, dietary changes, supplements and detoxification.

And it’s the detoxification part that we’re particularly interested in. In the process of cleaning up their diet and using raw juices to flush out accumulated toxins from their tissues and organs, people tend to experience considerable discomfort and pain in their liver and gastrointestinal tract. This process, often referred to as a Herxheimer Reaction, can manifest in symptoms of fever, flu, aching joints and general discomfort.

Herxheimer Reactions occur due to a buildup of toxins in the liver, which is the key organ tasked with detoxification and cleansing the blood. Because the liver can only handle so many toxins at any one time, it can be placed under considerable stress during a detox regime like Gerson Therapy.

In steps the coffee enema. The Gerson Institute, along with many other high-profile alternative practitioners, prescribes coffee enemas to their patients up to five times per day in order to assist the liver in its mammoth task of detoxification and encouraging healthy bile production, which can further assist in breaking down toxins and cleansing the body.

It might sound a little wacky (and more than a little uncomfortable!), but the continuing popularity of coffee enemas suggests that it may be worth giving them a go if you’re suffering from stubborn health problems or planning on starting a detox diet.

According to the Gerson regimen, here’s how coffee enemas work:

There’s a certain amount of doubt within the scientific community as to whether there’s any measurable benefit of coffee enemas, with most studies failing to show any quantifiable benefits. In contrast is the thousands of anecdotal reports across the world supporting the claims that coffee enemas are highly beneficial for the body.

Here are some of the reasons why you might want to try a coffee enema for yourself:

You’ve probably already guessed by now that helping the liver to eliminate toxins from the body is the main reason why coffee enemas are so popular these days. The fact is, we live in an increasingly toxic world, surrounding ourselves in machines that spew forth toxic fumes, food that introduces increasing levels of harmful chemicals and excesses of vitamins and minerals, and chronic stress which tricks our bodies into retaining toxins rather than expelling them.

Eventually, something’s gotta give — it’s either your liver or the toxins (hint: it’s usually the liver). Liver failure is often accompanied by other serious health conditions, with anything from diabetes to cancer as possible outcomes. Coffee enemas bypass the digestive acids of the stomach, thereby delivering higher concentrations of caffeine to the colonic walls and stimulating greater bile secretion. This greatly helps the liver break down and eliminate toxins, a process which is marked by reduced gastrointestinal and liver pain, and a clearing of those Herxheimer symptoms.

Over time, our digestive system can start to get a bit “down in the dumps” (pun intended). Bits of food waste can accumulate in the colon, along with toxins and other harmful compounds that stick to the colonic walls and can begin to degrade the overall health of your digestive tract. Coffee enemas, by stimulating bile secretion, help to purge the colon of that accumulated debris. This is helped by the physical flushing of fluids through the colon in the opposite direction, along with the enema encouraging greater peristalsis. Peristalsis refers to the wave-like contractions that help to move your food from one end to the other. More peristalsis means more movement of food wastes… and toxins.

Bloating, gas and stomach pain are usually signs that your digestive system is underperforming. This is often due to a lack of bile secretion, poor food transit time and an overloaded liver… all of which are improved via coffee enemas! By using coffee enemas, you’re likely to see a marked improvement in your digestive issues, with less bloating, upset stomachs and gas.

Hundreds of recent studies have found a strong link between the gut and our mood. That link, referred to as the gut-brain axis, proves that a healthy gut is associated with a healthy state of mind. When your digestive system (and therefore gut) is overloaded with toxins, you’re bound to feel depressed and constantly suffering from negative emotions. Clearing up your toxin problem with a regular coffee enema should help to improve your mood and alleviate depression.

Candida is one of the biggest problems facing Americans today. It’s a stubborn form of yeast that resides in the gut (along with the mouth and, er, lady bits) and wreaks havoc with your immune system. Not only that, candida overgrowth contributes to insatiable sugar cravings, which in turn causes the overgrowth to establish itself more firmly.

Coffee enemas may selectively flush out candida overgrowths in the gut while preserving the beneficial bacteria that we rely on to break down food and support healthy immune function. Many people report a significant reduction in their symptoms of candida with regular coffee enema flushing.

Have you tried coffee enemas? How has it worked for you? Let us know in the comments!