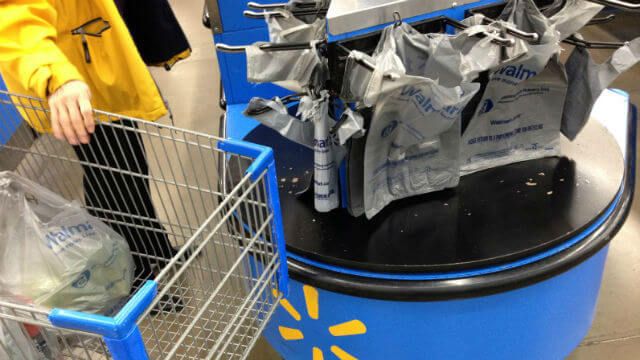 We know that America is in the midst of an obesity epidemic – over a third of our nation’s adults are now considered obese! We also know that Walmart is a very popular shopping location, for foods as well as household items.

It may seem a little farfetched to connect the obesity epidemic with the growing popularity of Walmart in the past couple of decades. However, that is exactly the connection that a new report explores. This report was compiled by The National Bureau of Economic Research, the University of Iowa, the University of Virginia and the University of Louisville.

Charles Courtemanche, one of the co-authors of the report, wrote:

“We live in an environment with increasingly cheap and readily available junk food. We buy in bulk. We tend to have more food around. It takes more and more discipline and self-control to not let that influence your weight.”

According to the Centers for Disease Control and Prevention (CDC), America’s obesity rates spiked the most during the 1980s – which is exactly when Walmart came around. Sam’s Club opened its doors in 1983, and Walmart Supercenter soon followed in 1988.

For their report, researchers compiled a body of economic data, as well as data regarding obesity rates, and compared the two. On the impact of economic variables on obesity, the authors wrote:

“Quantile regressions also point to large effects among the heaviest individuals, with half the rise in the 90th percentile of BMI explained by economic factors. Variables related to calorie intake – particularly restaurant and supercenter/warehouse club densities – are the primary drivers of the results.”

“These estimates imply that the proliferation of Wal-Mart Supercenters explains 10.5% of the rise in obesity since the late 1980s.” If their numbers are correct, this is a significant impact, indeed.

As we recently reported, Walmart seems to be aware of some of the stigma connecting it to our nation’s ill health and growing waistlines. Likely in response to this, it has introduced a new line of organic processed foods to hopefully appeal to the health-minded consumer. Bad news? They’re still processed, and not really healthy.

So, what do we do? Do we boycott Walmart? According to Courtemanche, it’s even simpler. He asserted, “it’s a matter of self-control. I’d say: Buy your healthy food in bulk and your junk food in smaller quantities.”

If we may add our opinion, let’s just skip the junk food altogether – that sends an even more powerful message.