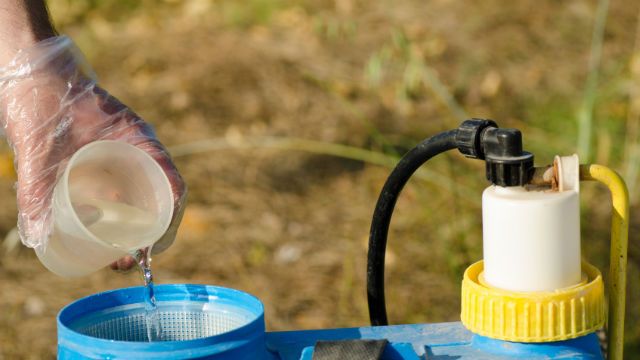 According to evidence compiled by the Pesticide Action Network of Europe, the heath commission of the European Union known as DG SANCO and the European Food Safety Authority (EFSA) are trying to sidestep legislation that would ban the use of many endocrine disrupting chemical pesticides.

A large body of research has found endocrine disrupting chemicals (also known as EDCs) to be dangerous to human and environmental health, even in small doses.

The National Institutes of Health (NIH) state, “endocrine disruptors are chemicals that may interfere with the body’s endocrine system and produce adverse developmental, reproductive, neurological, and immune effects in both humans and wildlife.”

Many of these substances, which include bisphenol-A (BPA) and a number of pesticides, flame retardant chemicals, plastics and pharmaceuticals, to name only a few, have been linked to behavioral changes, cancers and birth defects.

The NIH also states, “research shows that endocrine disruptors may pose the greatest risk during prenatal and early postnatal development when organ and neural systems are forming.”

The European Union agreed to ban these types of pesticides back in 2009. The deadline to present criteria regarding specifics on defining and detecting these chemicals was set for December of 2013, and so far, the European Commission has not met it. DG SANCO and the EFSA also planned to complete an assessment of the economic impact of implementing such regulations, and has not performed that task either.

According to the Pesticide Action Network (PAN) of Europe, strong industry pressure is leading both DG SANCO and the EFSA to try to sidestep this measure, and return to “traditional risk assessment” in dealing with endocrine disrupting pesticides.

These risk assessments are generally funded by the industry itself. Sweden is reportedly the only nation in the UN opposing this, and is reported to have filed a lawsuit in response to non-action.

PAN Europe writes, “by unilaterally changing the rules, DG SANCO is sidelining the EU Parliament and choosing economic interests over their own mission to protect people and the environment.”

While we may feel powerless in doing anything about this, every time knowledge is shared about the dangers of these pesticides, more and more people choose not to support the industries that create and use them.

If enough of the world were to direct their business elsewhere, the pesticide industry may gradually lose their power, and recognize that the world wants healthy, safe options that do not cause irreversible damage.