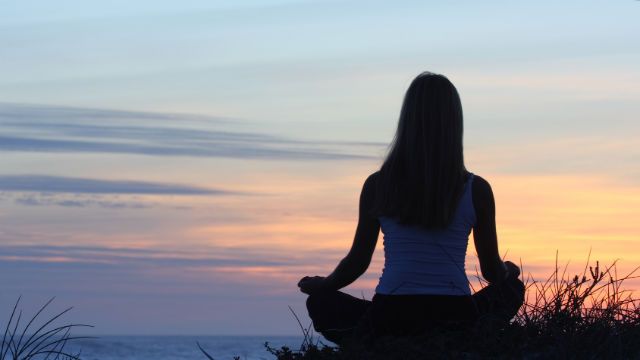 We recently reported on a Harvard University study which showed that meditation might increase the amount and density of the brain’s gray matter. Now, a recent study from UCLA has used MRI imaging to show that people who meditate experience less gray matter loss compared with people who do not meditate.

In light of much recent research focusing on meditation’s benefits to the brain, the results weren’t particularly surprising. However, the aspect of the study which did surprise researchers was that the effects were not only seen in the portions of the brain associated with meditating.

A co-author of the study, Florian Kurth, explains: “We expected rather small and distinct effects located in some of the regions that had previously been associated with meditating….Instead, what we actually observed was a widespread effect of meditation that encompassed regions throughout the entire brain.”

The study is also unique in that it included a large number of long-term meditators. MRIs were taken of 50 meditators (28 men and 22 women) between the ages of 24 and 77. The subjects had practiced meditation from between 4 to 46 years—20 years on average.

This study comes at an important time. We know that the weight and volume of the brain slowly begin to decrease in ones 20’s, and continues over time, eventually reducing the brain’s ability to function optimally. So, even though people are living to be older and older, one’s quality of life often decreases as with age, partly due to the increased likelihood of developing a mental illness or a neurodegenerative disease in ones final years.

Unless we want quality of life to be sacrificed for a longer life, it’s crucial that we pay more attention to methods of maintaining a healthy brain. In the words of Dr. Eileen Luders, first author of the study:

“While much research has focused on identifying factors that increase the risk of mental illness and neurodegenerative decline, relatively less attention has been turned to approaches aimed at enhancing cerebral health.”

Although some gray matter reduction is inevitable as we age, the study suggests that meditation may mitigate the deterioration. Meaning, both the meditators and the control group showed some loss in gray matter as they aged, but the gray matter in the brains of those who meditated appeared to be better preserved.

Although more studies will have to be done to draw a direct connection between meditation and reduced aging in the brain, the researchers called the results “promising,” and we agree!

So, if you don’t currently have a regular meditation practice, we recommend starting and maintaining one. After all, we’re all getting older every day….

If you’re trying to figure out what style of meditation is right for you, check out our overview of guided meditations.