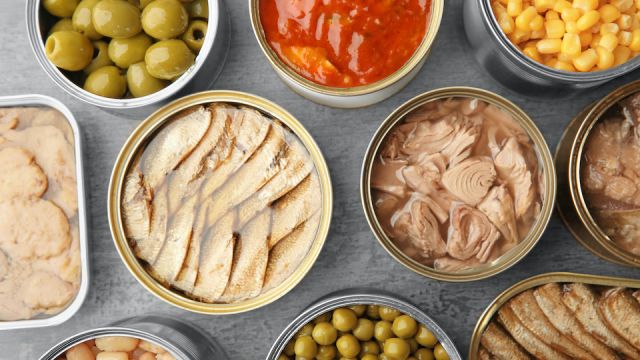 Recent years have had researchers and medical experts expounding the risks of eating too much red meat, and how steak- and burger-lovers everywhere should forego their favorite foods to reduce their risk of cancer.

But the latest research has now highlighted the dangers of a different group of foods, which may come as a rude awakening for many of us. Unfortunately, a whopping 58 percent of the food Americans eat is considered “ultra-processed”, and this type of food has now been connected to a significantly higher risk of cancer.

A new study examined the food records of almost 105,000 adults in France. They found that those with diets made up of at least one-tenth ultra-processed foods had more than 10 percent higher risk of breast cancer. They also had an increased risk of other cancers, including prostate and colorectal. This result was found even though the researchers removed any influence from other cancer risk factors, such as age, body mass, family history, and smoking.

In a nutshell, food products like soft drinks, snack foods, candy bars, and convenience foods put our health in danger – and unfortunately, consumption of these products has been on the rise.

Why Is Processed Food Harmful?

While most foods are processed – even peeling a carrot is technically ‘processing’ – it becomes an issue when it alters a food so much that the nutritional content of the food changes. Minimally processed foods have recognizable ingredients, while the heavily processed variety typically include hard-to-pronounce names. They also often include unhealthy levels of added sugar, sodium, and fat. While these ingredients make food products taste better, they usually come hand-in-hand with lower levels of healthy factors such as fiber and vitamins. Too much of these unhealthy additives leads to serious health issues like obesity, heart disease, high blood pressure, and diabetes.

Researchers have also pinpointed some other concerns tied to processed foods. They often contain contaminants, some of which have carcinogenic properties. Chemicals such as acrylamide, heterocyclic amines, and polycyclic aromatic hydrocarbons are present in heat-treated processed food products. Those delicious snacks and TV dinners can also contain toxins from packagings, such as bisphenol-A, and controversial food additives like sodium nitrite and titanium dioxide, all of which have been tied to higher cancer risk.

How To Break Up With Processed Food

With so many reasons to shift away from packaged and processed food, it’s something that many people may aspire to achieve. However, this is easier said than done. The body has to get used to the lack of sugar, salt, and other added ingredients before reaping the benefits of eating fewer processed foods, and the ‘detox’ process during the transition can be daunting. Typical symptoms can include anxiety, bloating, cravings, and headaches – mostly due to the sudden withdrawal from sugar, which works like a drug in the body. After a few days, the addiction is broken, and your metabolism will normalize, at which point you will start feeling better and can begin to enjoy a healthier body, thanks to a cleaner diet.

You may even enjoy other benefits – which could up the motivation factor to keep going with your healthier diet. A recent study published in JAMA found that people who stopped eating out and consuming highly processed foods, as well as added sugar and refined grains, lost large amounts of weight throughout a year.  This happened even though the participants did not limit their consumption of calories. They just ate more veggies and whole foods.

Over time, cutting down on processed foods could also reduce cholesterol and blood pressure, drive down the risk of cancer and heart disease, and decrease inflammation and chronic pain.

Simple Steps To An Anti-Cancer Diet

Studies suggest that simple lifestyle changes, such as following a healthy diet, could prevent 30–50% of all cancers. That’s a pretty good reason to change your eating habits if you ask me.

Eating an anti-cancer diet is fairly simple. Simply stick to the outer aisles of the grocery store, and away from the center ones, which contain more packaged and processed foods.

Various fruits and vegetables have been scientifically linked with the prevention of colon, mouth, esophageal, lung, and stomach cancers. Studies have confirmed that certain types of produce – such as leafy greens, tomatoes, carrots, citrus fruits, and cruciferous vegetables such as broccoli and cabbage – reduce overall cancer risk. Load up your cart with fresh, colorful, whole foods and other healthy ingredients like fish, nuts and seeds, olive oil, herbs, and spices, and you’ll be well on your way to a cancer-free future.