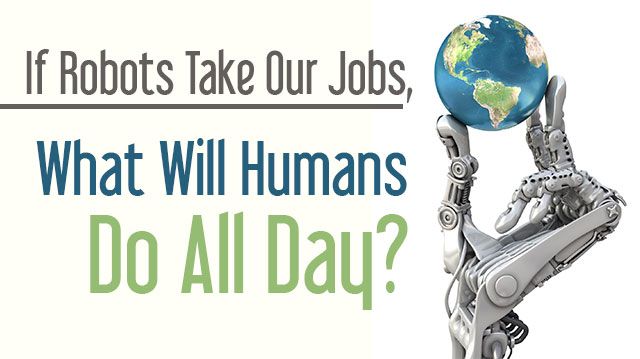 Imagine a world where X1DQ, your own personal robot, cooks and serves your breakfast. Z7YP manufactures spigots. F8RC always serves the perfect quantity of soft-serve ice cream at the local creamery. For maximum comfort, we could even call them Judy, Ted and Mike.

The stuff of science fiction has often ended up in our homes and workplaces. Flip-phones look eerily like Star Trek communication devices. Minority Report’s “air touch” technology is getting off the ground with the help of virtual reality. Skype calling was on The Jetsons cartoon program long before consumers thought to share video during what is essentially a phone conversation.

Shifts in our economy accompanied every one of these technologies. The mass use of robot labor, however, would revolutionize many countries. Forget about losing jobs to Mexico or China. Forget about older workers staying employed, illegal immigrants or the shift to a service economy. Robots — efficient, complacent robots that don’t take lunch breaks, don’t ask questions and don’t require a paycheck — would perform nearly every low-income job. Any attempt to legislate against the robots would be akin to Bastiat’s famous farce where candlestick makers demand the sun be blocked to protect their industry.

The beginning stages of this revolution are already in motion. Many manufacturing companies have started using automated machines. Slaughterhouses are slated to follow in their footsteps. Individual, electronic menus and credit-card machines are being used alongside waiters in bars and restaurants. Lowe’s, Target and Amazon are just a few of the companies experimenting with robots in positions traditionally held by people. The Bank of England’s chief economist predicts that robots will replace 80 million US workers over the next 20 to 30 years.

What would be the economic outcome of this new paradigm? Production would boom. Prices would certainly fall. But the unemployed would not be able to afford even the least lavish of luxury goods. Some economists argue that the labor market would respond as it always has: A booming cycle of creative destruction will see robots replace workers in some jobs while new jobs in different sectors are created for displaced human workers.

Others are not so sure. Dr. Nils Nilsson of Stanford University worries that our increasingly intelligent and precise robot class will eat up not only current jobs but also many of the new jobs they create. Massachusetts Institute of Technology business researchers Erik Brynjolfsson and Andrew McAfee argue that this is already happening. Throughout much of the Industrial Age economy, they posit, productivity and wages have risen together. Since around the 1980s, productivity has risen while incomes remain stagnant. They postulate that this decoupling — often blamed on the rise of China, immigration and free-trade policies — is in fact the result of a second Machine Age.

If they are correct, the status quo of capitalist economics may need to be revisited.

How should the increased productivity and economic prosperity brought about by the robot revolution be distributed? Many scholars ponder the structure and merit of a post-work society. There are countless questions to consider. How would the unemployed survive? What would they do? Who would purchase the inexpensive goods that machines create? Perhaps most importantly, would we be happier?

The economics of robo-world is even helping to breathe new life into an old idea — a universal basic income.

The idea of providing a basic income for all citizens dates back to Thomas More’s Utopia in 1516. Since then, the general theory has been repackaged and sold by a growing, though still quite small, number of popular thinkers. Liberals have espoused the policy as a long-awaited end to inequality and human toil. Some conservatives have posited that an across-the-board basic income would cut wasteful expenditures on welfare bureaucracy while keeping government out of our personal affairs.

The once-laughably fringe idea has recently transcended the purely academic to become a pragmatic policy prescription. Canada is set to pilot a basic income program in Ontario this year, and Switzerland will become the first country to vote on a referendum to provide an unconditional basic income to its citizens in June 2016.

Utopian-minded supporters imagine a world where people are free to spend their time on more worthy, humanistic pursuits. They envision a society of artists, scientists and innovators. The less idealistic question whether humans will feel fulfilled without a nine-to-five occupation. They fear a rise in crime, drug use and brain-dead entertainment.

Neither side can claim conclusive evidence for their predictions. The modern-day unemployed often feel more isolated than people in the labor market, and they are hardly known as harbingers of innovation, but would this change if unemployment were culturally and financially supported? 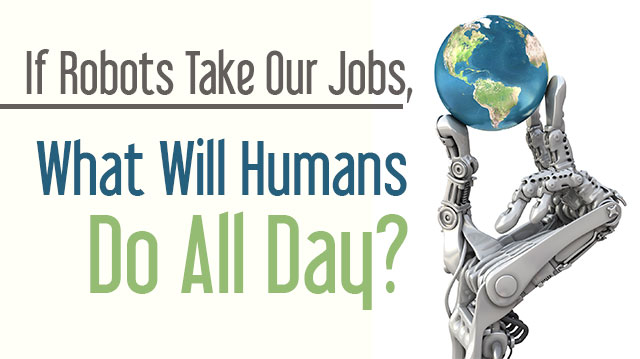 There is no perfect measure of this fantasy culture, but the ultra-rich and the retired may offer some insight.

Though the trust-fund kid with no purpose, a Harley-Davidson and a nihilist outlook is a cliché, it is just as common to see millionaire babies become hard-working and successful members of society. Parents seem to be the key, with many opting to control allowances and inheritance. As Warren Buffett famously announced, kids should have “enough money so that they would feel they could do anything, but not so much that they could do nothing.” Whether a basic income would amount to this ideal depends on specific policies.

And what of regular people who suddenly find themselves able to opt out of work? Retired Americans spend about 50 hours a week watching television. That’s the big question: Is this an unfortunate byproduct of our capitalist, work-oriented culture, or is it just human nature?