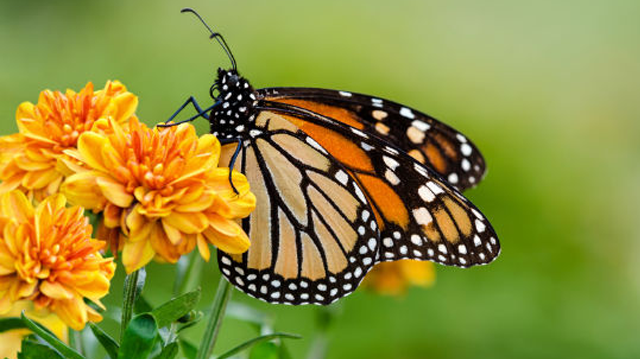 An environmental group is suing the EPA for failing to protect the monarch butterfly. The Natural Resources Defense Council (NRDC) claims in the suit that the EPA did not listen to warnings about the dangers of glyphosate, an ingredient used in herbicides such as Monsanto’s Roundup.

They also claim that the EPA’s failure to take action has lead to a significant decline in the monarch butterfly population.

The suit comes on the heels of worries about the population of the majestic monarch butterfly, which according to researchers, is now at a serious risk of disappearing. In fact, the species’ population is estimated to be only about 1/20 of what it was in 1997. So how did this steep decline happen?

According to the NRDC, the culprit is clear. Glyphosate, an ingredient in herbicides including Monsanto’s Roundup, has all but destroyed the natural habitat and food source of the monarch butterfly and its larvae. According to the NRDC’s Sylvia Fallon:

“The use of glyphosate has skyrocketed tenfold to 182 million pounds annually. As a result, milkweed – which is the sole food source for monarch butterfly larvae – has all but been eliminated from farm fields across the Midwest.”

Glyphosate is a powerful chemical that kills just about everything except certain GMO corn and soy crops that were developed to tolerate it. Fallon notes that the plunge of the monarch butterfly population is correlated to the huge increase in glyphosate spraying. In fact, the population of the monarch butterfly is estimated to be at only about 5 percent what it was in 1997, the year after Roundup Ready crops were introduced to the market, according to the NRDC. 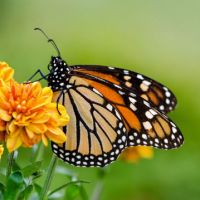 The NRDC’s petition is asking that the EPA, “conduct an urgent review of the rules for glyphosate,” which haven’t been reviewed since its approval in 1993, and “consider the cumulative impact on butterflies from glyphosate and other weed-killers.” Although the rules for using glyphosate are due to be updated next year, the NRDC petition proposes that, “given the rapid decline in monarch numbers, EPA should take immediate steps to review and restrict glyphosate’s uses.”

Some suggestions put forth by the petition include:

• Stopping the use of glyphosate and other herbicides in areas where milkweed normally grows freely, including along highways and near power lines.

• Requiring farmers to create herbicide-free zones in some areas to encourage the growth of milkweed.

• Introducing measures to prevent dramatic increases in herbicide use as more herbicide-resistant crops, such as glyphosate-resistant wheat, enter the market.

The EPA has since responded to the petition, saying:

“EPA is taking a number of measures to protect the monarch butterfly and other pollinators. With regard to pesticide exposure, EPA is looking holistically at all herbicides, not only glyphosate, to determine the effects on monarchs and resources critical to butterfly populations.”

We hope the petition will prompt quick changes and regulations on glyphosate and other herbicides, before it’s too late for the monarch’s decline to be reversed.