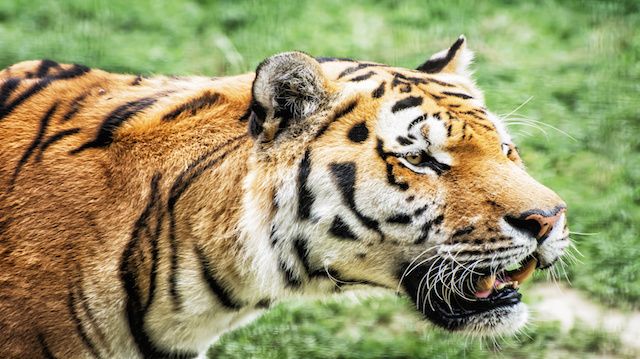 Lumber Liquidators, the largest hardwood flooring retailer in North America, has over 300 locations and revenues of over $1 billion.

In a presentation entitled “If It Seems Too Good to Be True … Why I’m Short Lumber Liquidators,” Tilson stated that the company’s operating margins rose to an unusually high level, “exceeding all of its peers.” He noted that these margins rose after the Lumber Liquidators acquired the Shanghai-based company Sequoia, and the percentage of their Asian-sourced products rose from 41 to 52 percent. Tilson alleged that a “meaningful portion” of Lumber Liquidators’ margin expansion resulted from its purchasing illegal wood.

He quoted a report by the London-based Environmental Investigation Agency, which called Lumber Liquidators “the strongest example of a U.S. company whose indiscriminate sourcing practices link U.S. customers to the indiscriminate destruction of critically endangered tiger habitats in the Russian Far East.” Using additional data, Tilson concluded that any disruption to the company’s supply chain and margins could “result in the stock being cut in half.”

Habitat destruction wasn’t the only issue with Lumber Liquidators. On March 1, 2015, the venerable CBS News program 60 Minutes aired a segment reported by correspondent Anderson Cooper about potentially carcinogenic formaldehyde and the dangerous levels of the chemical in the company’s laminate flooring made in China. Class action lawsuits have since been filed against the company.

On October 15, 2015, Lumber Liquidators pled guilty to one felony count of “importing goods through false statements,” along with four misdemeanor violations of the Lacey Act. This 2008 legislation makes it a crime to import timber taken in violation of a foreign country’s laws and to transport timbers with false labeling into the U.S. The falsely labeled timber included Mongolian oak.

On February 1, 2016, the Virginia-based retailer was sentenced in the Norfolk federal court. Lumber Liquidators will pay more than “$13 million in criminal fines, community service and forfeited assets,” according to the United States Department of Justice. The penalties were all related to its illegal importation of hardwood flooring, most of it manufactured in China from illegally logged timber from Russia’s far eastern regions. This area is the habitat of the endangered Siberian tigers and Amur leopards.

The stock’s valuation has declined from its peak by nearly 90 percent— a $2.7 billion loss.

The Siberian tiger is more properly known as the Amur tiger, as the animals make the Amur River basin their home. At one time, they roamed northern China and Korea as well as the Russian Far East, but hunting wiped them out in the first two countries and nearly drove them to extinction in the third. The World Wildlife Fund reports that by the 1940s, only 40 tigers remained in the wild. Russia — then the Soviet Union — came to the rescue and protected these native beasts, and numbers rose to about 500 by the 1980s. Today, there are approximately 540 of these majestic animals living in their native forest habitat. Because this area is home to relatively little prey large enough to keep giant cats alive, the Amur tiger must roam great distances. Of all tigers, they have the largest of home ranges per cat. 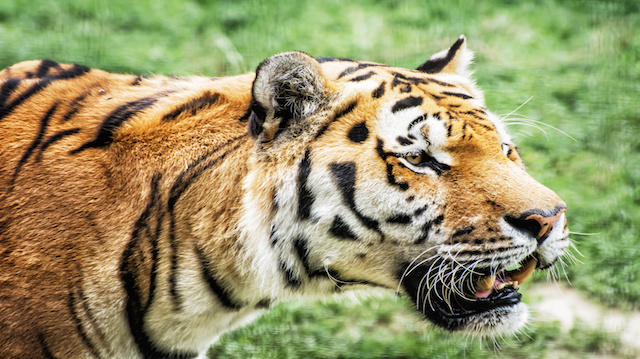 As the US Department of Justice points out, “Illegal logging is considered the primary risk to the tigers’ survival, because they are dependent on intact forests for hunting and because Mongolian oak acorns are a chief food source for the tigers’ prey species.”

Only about 60 Amur leopards still survive in the wild, and the species is listed as “critically endangered” by the International Union for Conservation of Nature and Natural Resources. The panthera pardus orientalis matures between 70 and 105 pounds, smaller than other leopard species. Like other leopard species, he is able to run incredibly fast after prey. This strong, solitary cat takes unfinished meals with him — the partial carcass of an animal — so that other predators don’t consume his kill.

The Amur leopard is distinguished from other subspecies by his cream-colored base coat and large, widely spaced rosettes with dark centers and unbroken rings. Other names for the Amur leopard include the:

The Amur leopard is now extinct in Korea and China.