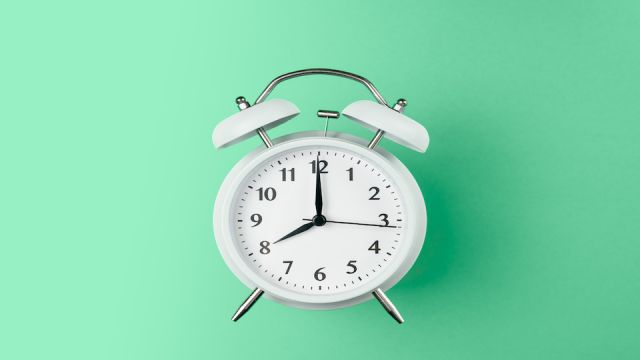 “I’m on my way” you text your friend as you put on the finishing touches of makeup in your bathroom mirror. “The first 15 minutes are previews anyway” you shout down the hall to your significant other as they check their watch and remind you that the movie starts in five minutes. Let’s face reality; we’ve all had moments of lateness in life. Whether you simply miscalculated the time it would take to complete a task, or unforeseen circumstances such as traffic prevented you from getting somewhere on time, occasional tardiness is inevitable.

However, we all have that friend (or are that friend) that is always late. No matter the occasion, this person is constantly strolling into meetings a few minutes late or running behind on something. Is it procrastination? Rudeness? Or just a complete disregard for the laws of time? Science suggests something else entirely.

This chronic lateness is looked down upon in our punctual, fast-paced way of living. In a country where schedules are planned down to the minute, and time is viewed as a commodity, tardiness doesn’t exactly reflect well on your character. Scientists have something else to say about the unpunctual friend in your social circle. Research suggests that chronic lateness may be linked to increased optimism and a longer life.

Is being on time bad?

Let’s face it, having a detailed planner and allotting every minute of the day for a specific task is a great way to get stuff done. You plan for every eventuality and stick to your rigid schedule with religious zeal. Naturally, productivity abounds. But did you know that this actually may be stressing you out more than you think? In a study by the International Journal of Clinical and Health Psychology, researchers discovered that type A personalities are at a higher risk of developing coronary heart disease than their type B counterparts. This could be due to higher maintained stress levels and blood pressure.

Take some cues from the late person in your life and allow room for life to be interrupted. When you are more relaxed about your schedule, you can make time to enjoy the little things in life and seize beautiful, fleeting opportunities.

Why being late can be a good thing

Now, what about the flip side? Diana DeLonzor, the author of Never Late Again, suggests “Many late people tend to be both optimistic and unrealistic, and this affects their perception of time. They really believe they can go for a run, pick up their clothes at the dry cleaners, buy groceries and drop off the kids at school in an hour.”

The root of tardiness

Generally speaking, late people aren’t late because they are trying to be rude or inconvenience other people, they simply perceive time differently and have confidence that they can accomplish all their tasks in a short time frame. Tardy people usually have optimistic outlooks on life and view the clock as a relaxed friend rather than a harrowing opponent.

According to researchers at Harvard medical school, this type of optimism can actually lead to a longer lifespan and better health.

Often, people are running late because they were so absorbed in whatever they were doing that they didn’t even notice the passing of time. This shows a passion and a dedication that can be related to a successful and rewarding future.

Fear of being early

Though it may seem strange to those of us always arriving at appointments a few minutes early for fear of being late, unpunctual people may fear the opposite; being early. It could be due to an unwillingness to partake of awkward social interaction before an event begins, or the desire to use every minute to its fullest and not waste time being early. Regardless, it is helpful to walk in someone else’s shoes every once in a while and consider things from their perspective.

Of course, understanding that being late isn’t always bad, doesn’t mean that it’s always good either. When your timing is going to affect other people around you, be courteous and respectful of their time and do your best to be punctual. It may help to set your clocks a few minutes ahead to trick your brain into being on time.