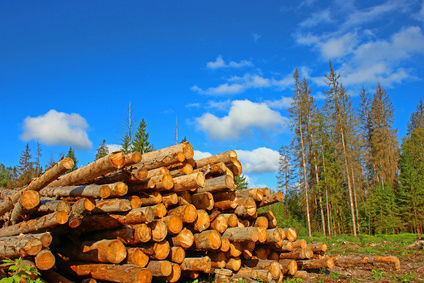 A group of over 200 scientists, including biologists and ecologists, among others, have written a letter to Congress in hopes that it will overturn pending legislation that would allow logging in the aftermath of several wildfires across the western United States, including Yosemite National Park.

The lead author of the letter, mailed to Congress on November 1st, is Dominick DellaSala, the chief scientist at Geos Institute in Ashland, Oregon, who was also on the team that put together the U.S. Fish and Wildlife Service’s 2008 recovery plan for the spotted owl.

As to why the scientists feel so strongly about this matter, DellaSala summarizes, “just about the worst thing you can do to these forests after a fire is salvage-log them. It’s worse than the fire itself because it sets back the recovery that begins the minute the fire is out.”

The letter also states, “though it may seem at first glance that a post-fire landscape is a catastrophe ecologically, numerous scientific studies tell us that even in patches where forest fires burned most intensely, the resulting post-fire community is one of the most ecologically important and biodiverse habitat types in western conifer forests.”

It continues, “moreover, it is the least protected of all forest types and is often as rare, or rarer, than old-growth forest due to damaging forest practices encouraged by post-fire logging policies.” The researchers point to the fact that burned forests are home to many species that are found nowhere else on Earth, including many species of birds and bats.

One of the proposed logging bills, written by Washington Congressman Doc Hastings, would actually make logging required on some public forest land, dissuade opposing litigation, and speed up the sale of timber.

This legislation was approved by the House of Representatives this past September, and is currently awaiting consideration by the Committee on Energy and Natural Resources.

Another legislation, proposed by Hastings and amended by California Congressman Tom McClintock, specifically focuses on California’s famous Yosemite National Park, which was hit last August by the Rim Fire. The Rim Fire was one of the largest wildfires ever witnessed in California, burning about 400 square miles.

The White House has reportedly said it may veto this bill, due to its endangerment of various species, the risk of lawsuits and its adverse effects on potential for national monuments. DellaSala and his fellow scientists, many of whom also worked to save the spotted owl, strongly hope that the veto occurs.

They write in the letter, “we urge you to consider what the science is telling us: that post-fire habitat created by fire, including patches of severe fire, are ecological treasures rather than ecological catastrophes, that post-fire logging does far more harm than good to the nation’s public lands.”

We hope that the protection of the environment trumps commercial interests in the minds of our lawmakers, and eagerly await the result of this legislation.