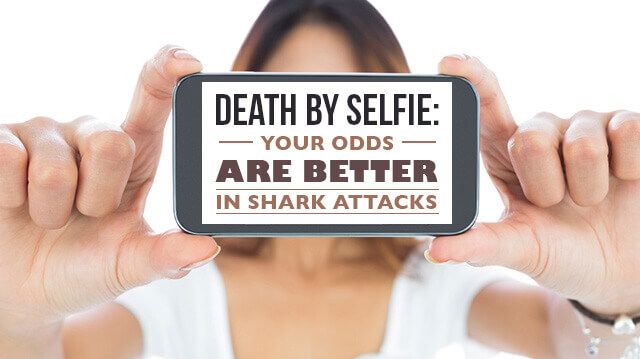 Just when you thought the selfie might finally be fading in popularity, the selfie stick appeared like a hungry shark out of murky waters. While shark attacks may dominate the headlines, the dangers that await you in the sea are nothing compared to the dangers of taking a selfie.

So far in 2015 there have been 12 selfie-related deaths recorded, which is higher than the eight deaths reported due to shark attacks. There are shark warnings at the beach, so should there also be selfie warnings? Actually, the problem has become so bad in Russia that authorities have done just that. This summer Moscow government officials issued a country-wide warning in hopes of halting the rise in selfie-related injuries and deaths. This came after a spike of more than 100 selfie-related injuries and an increasing death toll due to selfies.

In May of this year, a 21-year-old woman accidentally shot herself in the head while attempting a gun selfie. The Russian Interior Ministry actually released a how-not-to-die guide to selfies in response to the growing problem. The guide portrays a series of stickmen falling as they pose for selfies in various scenarios. The Russian guide gives helpful advice, constituting what used to be common sense.

American selfie injuries and deaths occur more often due to people falling or being struck by cars or trucks. Injuries due to selfies in America have become even more prevalent with the invention of the selfie stick. People are caught in a trance as they look up at their phones perched feet above them on a selfie stick. 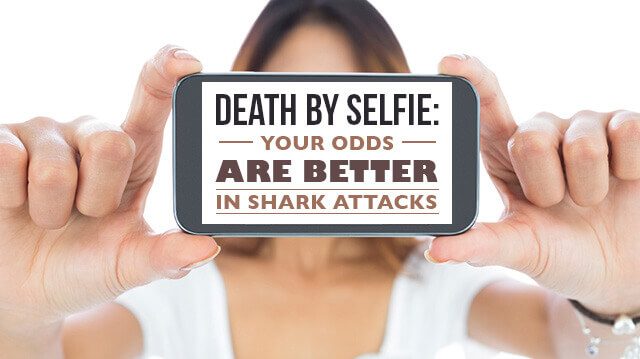 Nature selfies have also become a growing issue, as people attempt to take selfies with some of nature’s more formidable creatures. Yellowstone National Park issued a warning to all selfie enthusiasts. The warning urged visitors to be aware of their surroundings at all times and to remember that the animals at Yellowstone National Park are in fact wild. The warning came after a bison gored five visitors while they were taking selfies with the animal. Another man was injured when he posed for a selfie with a rattlesnake.

Adults between 18 and 22 years old are reported to be at the highest risk for selfie-related injuries or death. Posing with guns and animals, or while driving a car are common causes of selfie accidents.

How can we stop selfie injuries and deaths in America? Do we, like the people of Russia, need a selfie guidebook? Here are a few great selfie tips to keep you safe while capturing a moment in your life.

The selfie is a trend that will eventually fade away. In the meantime, it is important to take safety into account. Running with headphones, biking without a helmet, or driving and texting are all things that should be avoided. Your health and wellness are more important than any picture. If you think sharks are dangerous, then you should be careful when taking a selfie, because the odds are not in your favor.

What do you think about selfies?