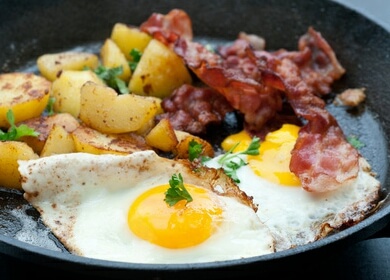 It has always been said that breakfast is the most important meal of the day. We are told to eat breakfast like a king and lunch like a pauper. However, if you seem to have reached a weight loss or fitness plateau and nothing is moving those last few pounds, skipping breakfast may not be such a bad idea.

Intermittent fasting goes against the ever-popular and longstanding dieting approach of eating five or six small meals all day long. The premise behind the small meal technique is to keep blood sugar stable and avoid spikes of hunger.

Advocates of intermittent fasting claim that is a far-superior method of weight loss and muscle gain. There is very little evidence to support that eating small meals frequently keeps metabolism elevated or that it makes weight loss easier.

Natural health expert Dr. Andrew Weil states that contrary to popular thought, eating small bites all day long has two negative impacts. The first is that people who eat extra meals may not be eating healthy meals, but rather sugar-laden energy bars or power drinks.

These put an unnecessary burden on the liver and digestive system. The second reason why eating frequently is not such a good idea is that many people have a hard time distinguishing between eating many small meals and eating all the time.

This can lead, for some, to compulsive overeating. Interestingly enough, obesity began to skyrocket once the concept of ‘many meals’ was put into practice.

What may, in fact, be a healthier option involves allowing more time than usual to pass between meals. This may mean skipping breakfast and eating only two meals at, say, 1pm and 7pm. Of course, these meals need to be nutritious and packed with vegetables, healthy fat and plenty of fresh foods prepared the ‘old fashioned way.’

Intermittent fasting is not an excuse to eat high salt, high fat and high sugar meals; that will not work. But rather, intermittent fasting allows the digestive system time to rest; it gives the body a chance to dump toxins and re-balance. 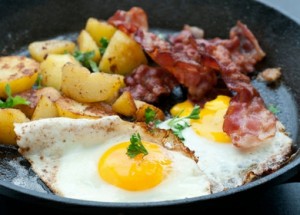 Over the course of history, down through the ages, mankind has always been on some kind of intermittent fast. As food supplies came and went, the body responded by building muscle and fatty tissue during a time of plenty and utilizing the stores for energy during the lean times. Fasting for periods of time allows for the elimination of waste left by dead and damaged cells. This is thought to delay the signs of aging.

Research demonstrates that the benefits of intermittent fasting are like those seen in caloric restriction diets, when normal meal times are followed but with smaller portions allowed. The body, however, seems to respond well to short periods of intense hunger versus a low gnawing hunger pain all day long.

People who have undertaken periodic episodes of fasting report an increase in overall energy, mental clarity, fewer problems with insomnia and a general sense of balance both physically and mentally.

Intermittent fasting is not the answer for everyone. Children under 18, pregnant or lactating women or diabetics should not consider fasting. However, for most people, missing a meal from time to time can be incredibly beneficial as a healthy weight is maintained.