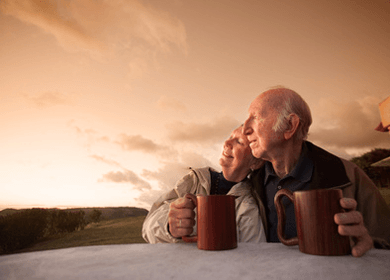 Scientists have always been interested in the key to longevity. They study intently the people of different cultures who seem to enjoy long and healthy lives. Why it is that people in some cultures seem to live far longer than Americans? What is it about them that makes them so darn healthy?

While countless studies have been done, two factors pop up time and time again, diet and exercise. People who live longer eat better and move more. They eat more of the right foods, natural foods or what are sometimes called indigenous foods than others who consume a more Westernized diet. In one part of the world, something so basic as a morning cup of coffee could contribute to living a long and productive life.

The highest rates of longevity in the world belong to a group of people who live on the Greek island of Ikaria. According to a recent study, these island dwellers have superb cardiovascular health, thanks in part, it seems, to a special type of health promoting coffee drink.

The boiled coffee, known as Greek coffee, is loaded with polyphenols and antioxidants and only a small amount of caffeine. When researchers took a closer look at those who drank this boiled coffee, they found that they had significantly improved endothelial function over those that drank other types of coffee. The endothelium are the thin cells that line the inside surface of blood vessels found in the circulatory system. Lifestyle choices including smoking, drinking and diet often impact the functionality of these cellsincreasing the risk of cardiovascular disease. 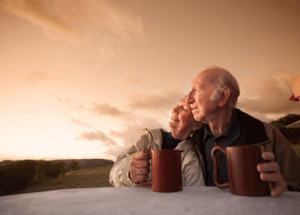 This is not the first time that the Greek diet has been connected to increased longevity and overall health and wellness. The Mediterranean diet is highly touted as being one of the healthiest whole food diets ever discovered. Greek yogurt has been called the perfectly healthy snack because of its low sugar and high protein nutritional profile. Real Greek yogurt goes through a specific straining process that removes most of the water, sugars and salt leaving a creamy, calcium rich yogurt with more protein and less filler than conventional yogurts.

When the results of the coffee study are taken into consideration with the health promoting benefits of a Mediterranean diet, along with regular physical activity, the “eat better move more” principle is fully satisfied. Even making small changes can make a tremendous difference, and now we might not even have to feel so guilty about our cup of morning Joe.