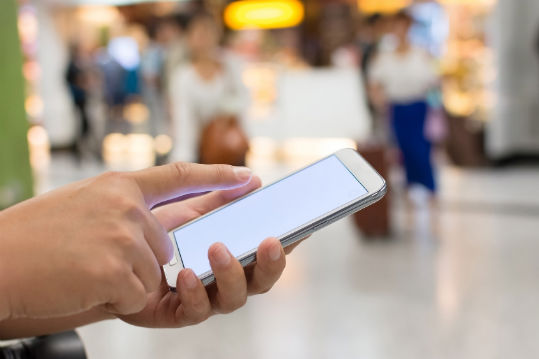 Granted that we live in a high-tech world, and we spend each day surrounded by gadgets that constantly try to draw our attention, it’s a sad state of affairs when our kids have to battle against our smartphones for our attention.

A study by Boston Medical Center revealed that more and more parents are so absorbed by their smartphones that they are reacting harshly to their children for distracting them.

The idea for the study came from Dr. Jenny Radesky, a fellow in developmental and behavioral pediatrics at Boston Medical Center. Dr. Radesky was curious as to how the attention-grabbing allure of smartphones impacted the parent-child relationship and interaction.

Radesky and her fellow researchers gathered their data by performing an undercover investigation of parents and children in fast food restaurants. Observations were made of 55 groups of adults who were sitting with more than one child. Notations were made of how frequently those adults used their smartphones, and of their subsequent interactions with the kids.

In most cases, parents were completely wrapped up in the digital world at their fingertips while their children tried unsuccessfully to get their attention. One child tried to lift his mother’s face away from her tablet, but with no success.

In another case, a mother actually kicked her child beneath the table after the child’s continued attempts to get her attention away from her smartphone. In still yet another case, a father spoke in harsh, irritated tones when his children continued trying to get his attention from his electronic device.

According to Radesky, “what stood out was that in a subset of caregivers using the device almost through the entire meal, how negative their interactions could become with the kids.” Radesky went on to explain that many of the reactions from parents were, “a lot of instances where there was very little interaction, harsh interaction or negative interaction,” being exchanged between the children and their parents. 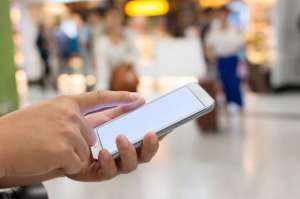 In a review of the study findings, Radesky is assisting the American Academy of Pediatrics in developing guidelines for smartphone use around kids. She also has plans for expanded studies using videotaped interactions to shed more light on parents’ and children’s responses to each other in the context of smartphone use.

For the moment, it is strongly advised that parents consider setting aside phone-free times, such as meal times and story times, to help encourage interaction with their children. Continuing to make children wait, or making them feel like they need to fight for parental attention, will only damage the parent and child relationship.

“My concern is that if the device use becomes really excessive, and it replaces our day-to-day interactions, then kids won’t get much practice with having conversations, reading social cues and responding sensitively to something that the other person expresses,” said Radesky.

Our kids are more important than our smartphones. Let’s just unplug whenever we can, shall we?