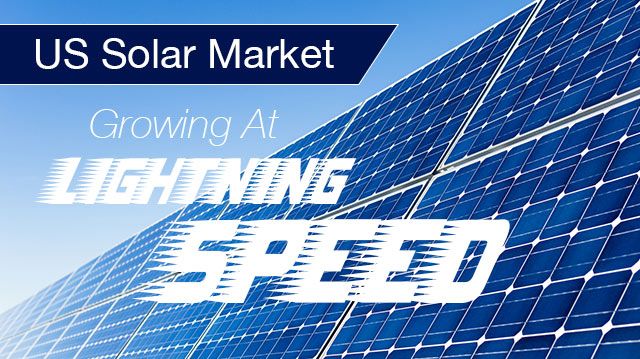 Our planet’s need for clean energy sources is pretty obvious. Our cities are polluted, the ozone layer is threatened and climate change is an ever-increasing worry. In the face of these threats, one tried-and-true source we are turning to more and more is our sun.

In a 2015 study published in the Renewable and Sustainable Energy Reviews journal, researchers wrote:

“The conventional ways for generating electricity around the world face two main problems, which are gradual increase in the Earth’s average surface temperature (global warming) and depleting fossil fuel reserves. So switching to renewable energy technologies is an urgent need. Concentrating solar power (CSP) technologies are one of renewable technologies that are able to solve the present and future electricity problems.”

For many years, using solar power on a large scale was considered impractical, because of high costs and technological limitations, to name just a couple of reasons. Luckily, solar energy is now gaining some serious traction in the United States, and in many countries across the globe.

One huge step toward progress as far as the solar industry is concerned came at the end of 2015, when tax credits for renewable energy were extended by Congress. Because of the re-extension of the federal solar Investment Tax Credit (ITC), experts are predicting that we’ll see a huge growth in the solar market in 2016.

According to predictions by GTM Research, an energy market research firm, solar installations will rise by 119 percent in 2016. This rise will add 16 gigawatts of new solar energy to the grid by the end of the year. The large majority of this energy will be from utility solar farms, and the rest will be derived from rooftop solar panels from businesses and residences.

Not only is this hugely positive news for the environment, it has beneficial economic implications, as well. Rhone Resch, president and CEO of the Solar Energy Industries Association (SEIA), stated:

“This is a new energy paradigm and the solar industry officially has a seat at the table with the largest energy producers. Because of the strong demand for solar energy nationwide, and smart public policies like the ITC and NEM [net energy metering], hundreds of thousands of well-paying solar jobs will be added in the next few years benefiting both America’s economy and the environment.”

“In 2016, the rooftop solar economic outlook will depend not only on favorable outcomes to net energy metering debates, but also on customer-wide and solar-specific rate structure reforms that can impact savings from solar.”

In the last couple of years, we’ve seen huge leaps in solar power, including the debut of Topaz, the largest solar energy plant in the world, located in San Luis Obispo County in California. According to First Solar, a project company of MidAmerican Solar, Topaz will neutralize 377,000 tons of carbon dioxide each year, and create “52 million dollars in economic output for local suppliers.” That’s pretty huge, indeed.

We’ve also recently reported on investors putting billions of dollars into solar energy projects. Some big names on the investor list include Bill Gates, cofounder of Microsoft, as well as Sergey Brin and Larry Page, the founders of Google. China is also investing billions of dollars in solar projects. As exciting as this is, 2016 may shape up to be an even more exciting year for solar energy.

The sun is our largest — and most trusted — energy resource. It’s as green as can be, and it’s about time we harnessed its power to the best of our ability.