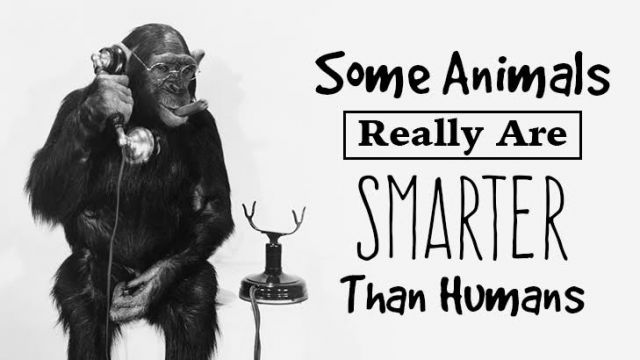 Remember that time an octopus was caught on tape using coconut shells for protection and disguise? Or this time an octopus worked its way out of a jar? Or the time an octopus plotted and executed a complicated escape plan that involved walking on land and squeezing through a drain hole to the ocean?

Turns out there is a reason these eight-legged cephalopods continuously impress us with their smarts. They have more brainpower genes encoded in their DNA than we do. Human beings have 60 proteins that encode for neurons and their interactions. The octopus has 168.

This is only one of the many surprises scientists discovered when sequencing the octopus genome last year. The animal has so many genetic novelties that the British zoologist Martin Wells jokingly referred to it as an alien. Twelve tissues reveal hundreds of genes that are unique to the octopus and many familiar genes are found in unfamiliar places. Due to this reshuffling of genetic code, the octopus has roughly 10,000 more genes than a human. Their genome, however, is slightly smaller than ours.

The octopus is not the only animal that advanced scientific techniques have helped us to better understand. Elephants are also known to be highly social and intelligent. An in-depth study of their brain revealed that an average elephant has three times the neurons that a human has. While this is expected given the size of an elephant, their placement took scientists by surprise.

The types of behaviors associated with human intelligence, and also with the type of intelligence we’ve identified in elephants, originates in our cerebral cortex. This is where dense networks of neurons exist in humans and primates. This section of the brain in elephants is not nearly as developed. Instead, elephant neurons are concentrated in the cerebellum, the temporal lobe and the olfactory lobe.

What, then, accounts for the animal’s creative problem-solving abilities? Benjamin Hart of the University of Berkeley has an interesting theory. He posits that elephant intelligence works through a strong network of brain interconnectivity instead of through dense neural structures in the cerebellum. With such a physically different brain construction, it would be truly challenging for a person to ever understand how an elephant thinks.

We knew that the octopus and the elephant were highly intelligent before delving into their genetic codes. Their behavior alone was evidence. We have also seen incredible smarts in dolphins and chimpanzees. What we didn’t expect to find was such variety in how their intellect works.

Dr. Frans de Waal, author and scientist, thinks that we’ve been mistaken in our assumptions about animal intelligence for some time. Humans use a yardstick designed specifically for human intelligence, he suggests, and then try to measure the intellect of animals. It is no wonder they fall short.

As scientists continue to look at the genetic makeup of animals, it will become more and more impossible to ignore their intellect.
—Erin Wildermuth