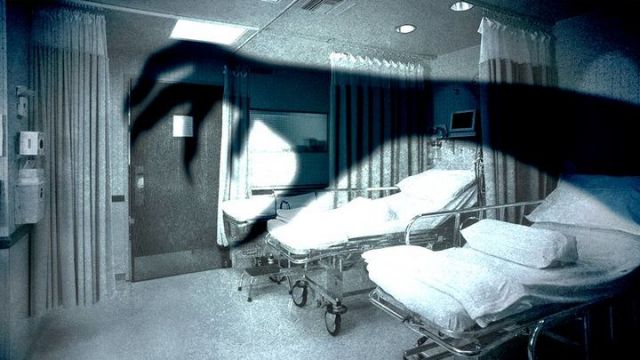 Vampires, zombies and werewolves are not supposed to be real, right? But the truth can often be a lot scarier than fiction. In fact, there are a lot of spooky medical conditions that are far more terrifying than anything you’d encounter in a Halloween movie. With that in mind, here are five truly creepy conditions that will make your skin crawl.

Porphyria is a rare but ghastly condition that produces symptoms traditionally associated with vampirism. According to legend, the most famous vampire of them all, Count Dracula, feasted on the blood of victims to restore his vitality. He was described as having large fangs, a deathly-pale complexion and being unable to venture out in the daylight because the sun’s rays would destroy him.

Well, it turns out that porphyria (a blood disease that affects how oxygen is delivered to the body’s cell) produces traits that are eerily similar to those found in vampires.

For instances, victims of porphyria are ghostly white and they have an extreme sensitivity to sunlight, which can immediately cause their skin to blister. In addition, the condition often causes receding gums, which means the teeth frequently take on a fang-like appearance.

The traditional treatment for porphyria involves, yikes, blood transfusions. However, according to Scientific American, “In principle, it is possible to relieve the symptoms of porphyria by drinking blood.” According to the CDC, porphyria is rare — fewer than 200,000 people are afflicted with the condition in the U.S., but you may want to beware if you find anyone nibbling on your neck.

Zombies have exerted a ghoulish fascination with movie-going and TV audiences for decades. From the cult classic “White Zombie” to AMC’s long-running television series “The Walking Dead,” these mindless flesh-eating creatures are truly creepy.

The inspiration for these soulless beings apparently stems from voodoo practices, which purportedly originated on the island of Haiti in the 18th century. According to folklore, voodoo rituals involved priests and priestesses casting spells and serving concoctions that could separate a person’s soul from their body.

Some scientists have speculated that voodoo practitioners may have used a potent neurotoxin derived from pufferfish, which could induce temporary comas. A Harvard-trained ethnobotanist by the name of Wade Davis conjectured that “white zombie powder” was a form a tetrodotoxin, which could cause a person to appear deceased.

Many scientists remain skeptical, both about the power of voodoo and Wade’s theory, but every once and awhile a compelling report of zombification crops up in the news that makes you wonder.

According to legend, werewolves start sprouting thick patches of fur during a full moon. Scientists now believe that a very rare syndrome called hypertrichosis (also known as “werewolf syndrome”) may have sparked belief in these mythic creatures.

There have only been about a 100 documented cases of hypertrichosis worldwide since the Middle Ages, but it’s an affliction that is hair-raisingly scary. That’s because it’s a genetic condition that causes people to grow thick patches of hair all over their face and much of their bodies.

By the way, the malady is often associated with another disorder called gingival hyperplasia, which involves severe gum and teeth defects. As a result, individuals afflicted with this condition really do look eerily similar to the iconic Wolfman characters depicted in Hollywood horror films. As of yet, science has not developed a silver bullet to cure it.

Cotard’s syndrome is an extremely rare condition where a person believes and acts as if they are dead. This psychological malady is sometimes called “walking corpse syndrome,” but before you dismiss this affliction as being all in the head, consider that many people who have it tend to die of starvation or physical neglect.

Symptoms can vary, but patients with this condition often complain that their organs are putrefying (or that they are missing them altogether). As you might expect, extreme social withdrawal, depression and a preoccupation with death are commonly associated with this disorder too.

One patient, S. Graham, who was diagnosed with this condition had their brain scanned using PET imagery. Doctors were startled by the results because it appeared that this individual was in a persistent vegetative state.

As neurologist Steven Laurey explained, “I’ve been analyzing PET scans for 15 years and I’ve never seen anyone who was on his feet, who was interacting with people, with such an abnormal scan result. Graham’s brain function resembles that of someone during anesthesia or sleep. Seeing this pattern in someone who is awake is quite unique to my knowledge.”

The Salem Witch Trials are widely regarded as an incident of mass hysteria. In 1692, a group of women in Puritan New England was accused of witchcraft after they began blurting out in strange voices and speaking of bizarre visions.

Recently, some scholars have speculated that a form of food poisoning (involving rye bread contaminated by the fungus ergot) may have been responsible for the strange behavior exhibited by the girls.

In fact, ergot has hallucinogenic properties similar to LSD. Scientists believe that the combination of toxic properties and mind-altering compounds in ergot may have produced muscle spasms, convulsions and strange visions the young women described before they were accused of witchcraft and executed.

Scientists are still not certain if ergot-contaminated food helped spark this social panic, but modern packaging and sell-by dates, presumably, will make sure that this kind of mass hysteria can’t happen again.