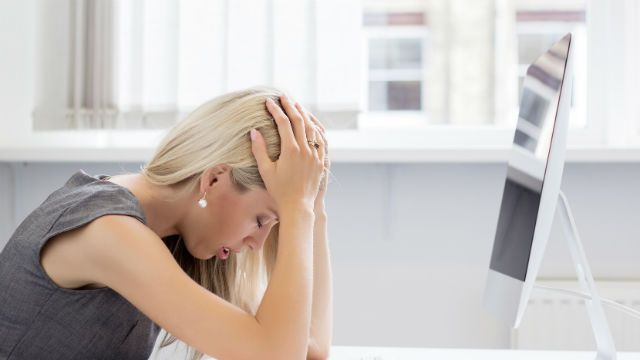 Stress can harm our health in many ways. It’s linked to the development of many modern diseases, obesity, and sleep problems, among many other health issues. But did you know that when you’re stressed, you don’t only harm yourself?

Studies have shown that your stress can be transferred to those around you, and perhaps most concerning of all, to your baby.

A study out of UC San Francisco demonstrates how this process works. The study divided mothers into three groups and put them in a high pressure situation: they had to give a public, evaluated speech. After delivering the speech, one group received negative feedback, one positive, and one neutral.

After giving the speech, the group of mothers that received negative feedback reported feeling increases in negative emotions, and also showed an increased heart rate—a physiological sign of increased stress. The mothers were then reunited with their children.

While this study clearly shows that babies can take on the stress of those around them, other studies have shown that it’s not just infants who are at risk of ‘catching’ stress. A study from earlier this year found that simply being around a stressed person—whether you know them or not—has the power to make you feel stressed.

During the study, test subjects were divided into two groups. One group was put under a challenging, interview-like situation, while the other group observed the situations both in real time and on video.

As you would expect, almost all the people placed in the stressful situations showed increased signs of stress, which in this study was measured by an increase of the stress hormone cortisol. What surprised researchers was that many observers also experienced an increase in cortisol simply through observation—which they call ‘empathetic stress’—even when the person under stress was a stranger, and even when the events were on video and not in real time or in person.

The lesson from these studies is powerful yet simple. When we don’t make it a priority to manage our own stress levels, we are not the only ones who suffer. The people around us – from our children, to our friends, to the strangers we pass on the street – can be affected by our stress.

So if you haven’t yet, now’s the perfect time to take up a mediation, yoga or relaxation practice. If doing it for yourself doesn’t feel like a good enough reason, then do it for your children, or for everyone around you.