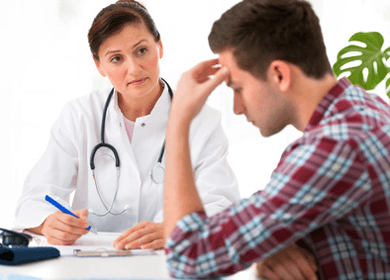 A study conducted by the University of Cincinnati College of Medicine last fall found that strokes are becoming more common in younger people. After noting this disturbing trend during at the patients he cared for in the hospital, lead researcher Dr. Brett Kissela and his colleagues embarked on the study.

Kisella noted, “Stroke is still a disease that is much more common in older people, but I hope this is a wake-up call that this is a problem that is getting worse in younger people and prompt them to go to the doctor to identify risk factors for stroke and modify them.”

A stroke can lead to death or many other devastating and potentially long term effects, including paralysis, memory loss and talking, swallowing and eating difficulties.

Regular exercise and not smoking are two of the big factors in preventing stroke. Diet can also play a big part in decreasing the chances of a stroke.

A review published in Seminars in Neurology recently found that a diet filled with plant-derived or plant-based foods as well as including some fatty fish may be the best for stroke prevention.

A traditional Mediterranean diet stands out as optimal when it comes to lessening the chance of stroke. This diet has also be found to reduce belly fat which is linked to many serious medical conditions including type 2 diabetes, heart disease, cancer and high blood pressure, so it seems to only make sense that it will also be beneficial for stroke prevention.

This diet is largely based on the following:

Avoiding these foods are crucial for stroke prevention:

A stroke can be devastating – taking steps to prevent it can lead to a much higher quality, lengthier life