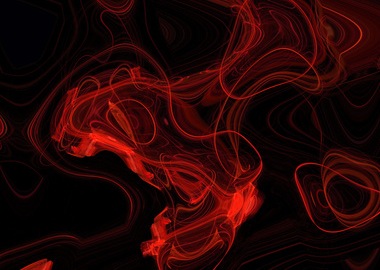 New research published last Sunday in the journal Nature Immunology shows that platelets are important for more than just clotting the blood.

A study performed at the University of Calgary found that platelets contribute to protecting the body against bacterial infections.

Lead author, Immunologist Paul Kube, and his research team studied the function of platelets in the livers of mice. They observed platelets working together with specialized white blood cells to capture and surround bacteria found in the blood, which helped protect the mice from infection.

Steve Watson, a platelet cell biologist at the University of Birmingham, comments, “this work emphasizes that platelets play a day-to-day role in innate immune defense by helping remove bacteria in the liver.”

Guy Zimmerman, an immunologist at the University of Utah, cautions that it is still too soon to tell if platelets and white blood cells interact in the same way in humans, and that more types of bacteria need to be analyzed in a similar fashion. While the study results are preliminary, they are exciting.

The primary function of platelets is to form blood clots to prevent excessive bleeding. Platelets are formed in the bone marrow, and have a lifespan of approximately 10 days in humans, which means that the body must continuously create new platelets to maintain normal counts.

Immune system imbalances can cause platelet counts to drop, as can viral infections, chronic hepatitis, chemotherapy and radiation.

According to Dr. Sunita Mishra, the medical director at Clinical Innovation and Care Delivery in Seattle, Washington, “when people develop low platelets, it is often because the body develops an immune response to platelets… we usually prescribe a steroid, which is an immune suppressant and anti-inflammatory medication. So theoretically, an anti-inflammatory diet should be helpful in supporting one’s immune system.”

To support a healthy platelet count, the Platelet Disorder Support Association (PDSA) suggests a diet rich in vitamin K, including leafy green vegetables. Kale is one of the top recommendations, as one cup of boiled kale contains over 1,000 percent of an adult’s daily recommended value of vitamin K.

On the subject of raising platelet counts, Charmain Tan, a registered dietician at Seventeen Nutrition Consultants in China, recommends, “green leafy vegetables such as broccoli, spinach, kale… beetroot juice is a potent antioxidant that helps fight against disease.  Red guava is becoming noted for its role in improving platelets, and research is ongoing. Blueberries, blackberries and raspberries contain phytonutrients that help neutralise free radicals and aid in fighting low platelets.”

The PDSA also suggests eliminating all aspartame, alcohol, and foods containing quinine, including bitter lemon and bitter melon, from one’s diet if one is looking to raise platelet counts.

If one’s platelet count is already low, one needs to exercise special caution in what one eats. According to the Abramson Cancer Center of the University of Pennsylvania, eating raw vegetables can be damaging to intestinal linings if platelet counts are too low. They recommend steaming or baking vegetables until the platelet count issue is resolved.

Another important note: University of Calgary study leader Paul Kubes theorizes that if human platelets function similarly to mouse platelets, people with suppressed immune systems may have detrimental effects from drugs that interfere with platelet function, such as aspirin.