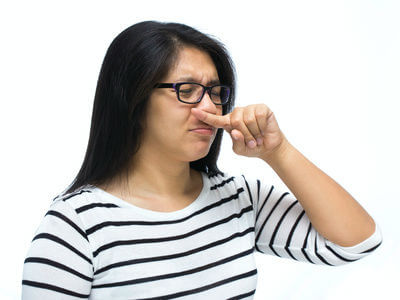 It is well-documented that stress can be extremely detrimental to health, and can even lead to a host of chronic illnesses. A new study performed at the University of Wisconsin-Madison Waisman Center has found that stress can actually re-wire the brain, and change the functionality of our sense of smell.

A research team led by psychology professor Wen Li set out to examine how stress can affect the human olfactory (smell) system. Before the experiment began, a group of twelve volunteers were asked to rate a series of neutral smells. The volunteers were then hooked up to functional magnetic resonance imaging (fMRI) machines, which allowed researchers to study their brains in real time.

Researchers observed that after viewing the images, most of the volunteers assigned negative qualities to the smells that they had deemed neutral before the experiment began. The fMRI’s revealed that the emotional processing and olfactory processing circuits within the brain became intertwined when the volunteers became stressed. This was a significant finding, as these two circuits usually work independently of each other.

Professor Li says, “in typical odor processing, it is usually just the olfactory system that gets activated. But when a person becomes anxious, the emotional system becomes part of the olfactory processing stream.” 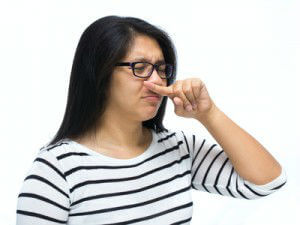 Li continues, “we encounter anxiety and as a result we experience the world more negatively. The environment smells bad in the context of anxiety. It can become a vicious cycle, making one more susceptible to a clinical state of anxiety as the effects accumulate. It can potentially lead to a higher level of emotional disturbances with rising ambient sensory stress.”

With all that we know about the destructive effects of stress, it becomes increasingly important to break this cycle before it spirals out of control, makes our world unpleasant and ruins our health. Exercise, meditation, spending time with nature, journaling and talking to those we trust can all help relieve stress, if we dedicate ourselves to this goal.

This study shows that when our lives literally stink, it may well be due to anxiety. If we take active steps to relieve our stress, it may become much more pleasant to stop and smell the roses.