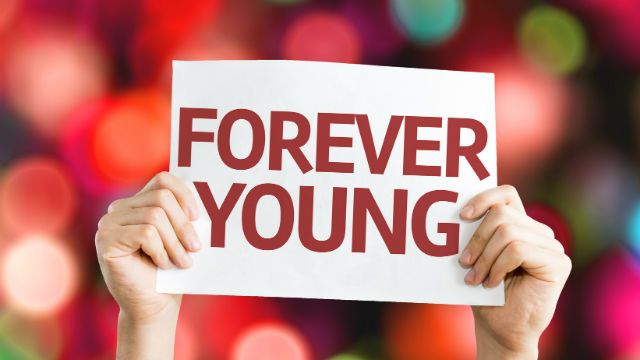 You’re only as old as you feel! Although it may sound like a cliché, a new study has found that those who feel younger really do live longer. The study is another example of the way in which our personality affects our health, and how having an optimistic attitude is beneficial to wellness.

The study, out of University College in London, monitored the health and happiness levels of more than 6,000 people for eight years. The researchers found that those who felt younger than their age by three or more years—that is, the optimists—were less likely to die in the following years.

Only 14 percent of optimists died in the eight years after the study began, while almost one in four of the subjects who felt older than their actual age died in the eight-year follow up period.

It would be easy to write this difference off to for baseline health and illness levels, physical disability, or lifestyle, but the lead author of the study, Professor Andrew Steptoe, said that there was still a substantial protective benefit to simply feeling younger even after accounting for all of these factors. He stated:

On the other hand, subjects who felt older than their actual age were often socially isolated and less likely to take care of themselves and their health.

These findings suggest that our health is dependent not only on the choices we make every day, but also our attitude. Luckily, attitudes, perceptions and ideas about age and aging are not static. Professor Steptoe noted:

“Self-perceived age has the potential to change, so interventions may be possible. Individuals who feel older than their actual age could be targeted with health messages promoting positive health behaviors and attitudes toward aging.”

The lesson of this study is an important one. Namely, that healthy aging may be a self-fulfilling prophecy. If we feel young and believe we can live healthily for a long time, we may be more likely to take the actions necessary to make that happen.

However, this doesn’t mean that you’re out of luck if you’re not an optimistic person. Optimism, like many other personality traits, can be practiced and cultivated over time until it becomes our natural mode of being. Yet another reason to start looking on the bright side!