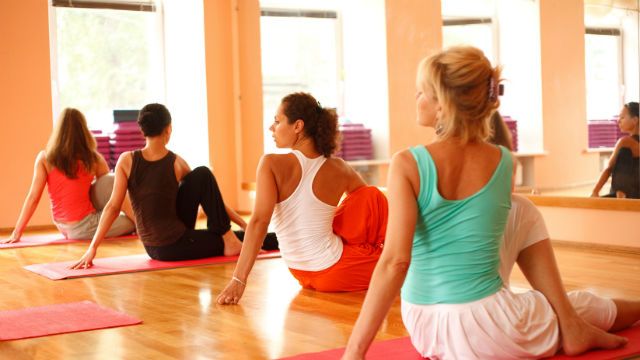 Around the globe, over two million people are afflicted with multiple sclerosis (MS). This illness is characterized by a disconnect of information between the central nervous system and other parts of the brain and body.

It can range from mild to severe, and symptoms include tremors, loss of coordination and balance as well as difficulty concentrating.

As it progresses, MS can significantly affect daily life, and sometimes render an individual unable to care for themselves. The cause of MS is unknown, though scientists hypothesize that genetic factors, and some environmental factors, come into play. Because there is no cure, affected individuals are often left struggling to manage their symptoms.

A small pilot study performed at Rutgers University may offer some preliminary hope to sufferers of MS. They found that regularly practicing yoga could improve many of the wide range of MS symptoms.

The study lasted for eight weeks, during which 15 individuals (14 who finished the entire program) with MS between the ages of 34 and 64 practiced a specialized yoga program twice a week, in 90-minute sessions. Techniques that were taught included those targeted towards improving posture, relaxation, focus and increasing stamina.

According to Susan Gould Fogerite, the director of research for the Institute of Complementary and Alternative Medicine at Rutgers and one of the researchers who performed the study, “yoga is not just exercise, it is a whole system of living. The panel of experts who advised us on the trial wanted to make sure that we provided a fully integrated program that included philosophy, breathing practices, postures, relaxation and meditation.”

After the eight weeks, the individuals in the program were found to have better balance, improved ability to move from a sitting position to standing and could walk with more ease for short and longer distances. They also reported lessened fatigue and pain, greater concentration, improved vision and better bladder control, along with feeling better mentally in general.

While this was a small study, Fogerite hopes that with more research, yoga could become more widely used to help sufferers of MS lead a better quality of life.

Yoga truly is an amazing practice. It has previously been found to help improve urinary incontinence in women, ease the symptoms of rheumatoid arthritis, lessen various forms of chronic pain, and improve the symptoms of chronic obstructive pulmonary disease (COPD), the third leading cause of death in the United States.

Whether you are perfectly healthy or struggling with a medical condition, it seems that virtually everyone can benefit in some way from yoga, and its potential to soothe what ails us is truly exciting.