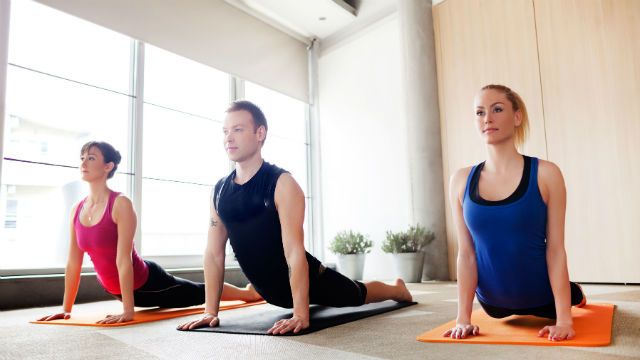 According to the PTSD Foundation of America, one in three returning troops in the US is diagnosed with “serious post-traumatic stress symptoms.” While this condition is common throughout the military, for obvious reasons, it also afflicts many others who witness tragic events or suffer some form of abuse.

A new study performed at the University of Wisconsin in Madison has found that yogic breathing may provide significant benefits to these individuals.

PTSD, or post-traumatic stress disorder, is characterized by anxiety, nightmares, flashbacks, personality changes and detachment from others, to name just a few possible symptoms. Sufferers also tend to experience “hyperarousal,” which makes them react more strongly than normal to seemingly innocent stimuli.

According to the researchers, hyperarousal is rooted in the autonomic nervous system, which also controls heartbeat, and may be at the center of PTSD itself. It is the automatic nervous system which they sought to regulate in these individuals through yoga – more specifically, using the controlled breathing technique of Sudarshan Kriya Yoga.

For the study, the research team recruited 21 soldiers, 11 of whom became the experimental group, and 10 who served as the control. The soldiers were trained in Sudarshan Kriya Yoga breathing for one week, after which their respiration rates in response to various stimuli was measured. Their eye-blink reactions to these stimuli was measured as well.

Results showed that after just one week of this breathing practice, the soldiers displayed reduced respiration rates, less anxiety and diminished PTSD symptoms in general.

Study author Richard J. Davidson states, “right now, a large fraction of individuals who are given any one type of therapy are not improving on that therapy. The only way we can improve that is if we determine which kinds of people will benefit most from different types of treatment.” PTSD is a complex disorder, but Sudarshan Kriya Yoga offers a ray of hope.

Yoga has been found by previous research to improve many other conditions, as well. Just a few of its benefits include increasing joint mobility, combating chronic pain, lowering blood pressure, improving sleep quality, building strength and aiding digestion. It seems that there is no end to the therapeutic value of this ancient system.