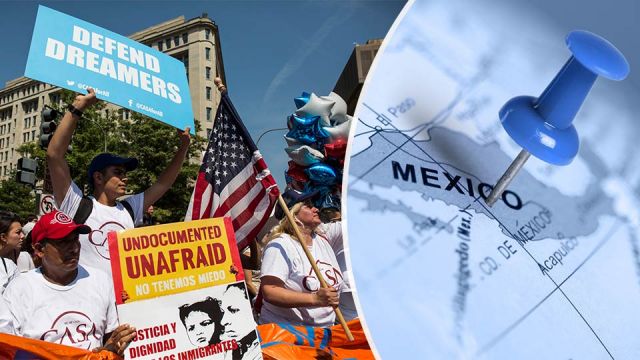 Today, the Trump administration officially announced the end of the Deferred Action for Childhood Arrivals program, which was founded by the Obama administration in June 2012. Due to it being such a polarizing decision, it is getting a considerable amount of media attention, but here is what many media outlets aren’t telling you about it.

1. Politicians have been talking about what to do with “dreamers” for 15 years

The first action taken to allow illegal immigrants who entered as children to become United States citizens was in 2001, called the DREAM Act. For years, this was seen as an alternative to deporting more than 11 million immigrants. That is also the reason people eligible are referred to as “Dreamers.”

2. The administration will give Congress six months

Although Attorney General Jeff Sessions said the program will be shut down, the administration will give Congress six months to pass a law to help undocumented immigrants brought to the United States as young children.

3. DACA recipients can still be deported

The United States Immigration Customs and Enforcement (ICE) usually arrests recipients if the period of deferred action has expired, or if their DACA status has been revoked due to criminal conviction or gang ties.

4. Undocumented immigrants may not be able to appeal

Undocumented immigrants can’t file a motion to reconsider or appeal the decision if the U.S. Citizenship and Services denies their request for review.

5. All DACA recipients are age 15 and over

At the moment, recipients of the program are aged 15 to 32, with a large majority of this age group being over the age of 18. Approximately one-third are between the ages of 15 and 18.

The program was created through an executive action by former U.S. President Barack Obama in August 2012.

7. Not all Dreamers are from Latin America

Around ten percent of DACA recipients are part of a generation of immigrants that were raised alongside United States citizens. Not all Dreamers are from Mexico or Central America; some have parents that had working visas, but their children did not.

8. The majority of applicants have been approved

More than 500,000 people applied for DACA through June 2013. Of those, 72 percent were approved and one percent were rejected.

Almost 75 percent of DACA applicants have lived in the United States for more than ten years and almost 30 percent were aged five or younger when the arrived.

10. The majority of applicants are from Mexico

Seventy-five percent of all DACA applicants are originally from Mexico.